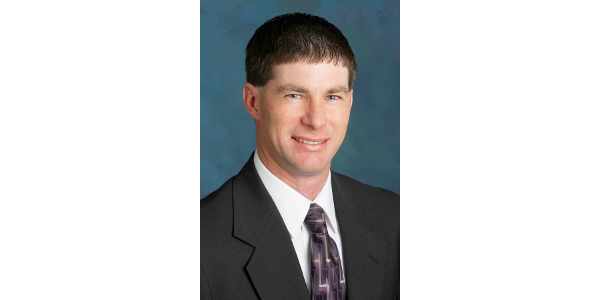 JEFFERSON CITY, Mo. — Todd Hays, of Monroe City, was re-elected to a two-year term as vice president of the Missouri Farm Bureau Federation (MFB) during the organization’s 103rd annual meeting December 5 at the Lake of the Ozarks.

Hays was first elected vice president in 2010. He previously served on the board of directors in the 2nd district seat, representing northeast Missouri.

Hays is a fifth-generation farmer. Together with his wife, Rosanne, they operate a crop and livestock farm, managing a 600-sow herd and finishing hogs for market, in partnership with Rosanne’s mother and brother. The Hays’ son, Donnie, recently returned to the family business and manages the sow operation. Donnie, his wife, Ashley, and daughter, Thea, live in Monroe City. The Hays also have a daughter, Juliana, who is a senior at the University of Missouri.

The Hays are Marion County Farm Bureau members and Todd is a county board member. He has served as county vice-president and county YF&R chairman. At the state level, he serves as chairman of both Farm Bureau’s Resolutions and FARM-PAC Review committees. Community involvement includes the Knights of Columbus, FFA Alumni and Monroe City Agri-leaders. Hays has been a member of the Monroe City R-1 school board. Commodity group involvement includes the pork and cattlemen’s producers, and soybean and corn growers.

In 1984 Hays received the FFA State Farmer Degree and in 2004 was named a FFA Honorary Chapter Farmer. In 1997 he was the Missouri Outstanding Young Farmer.