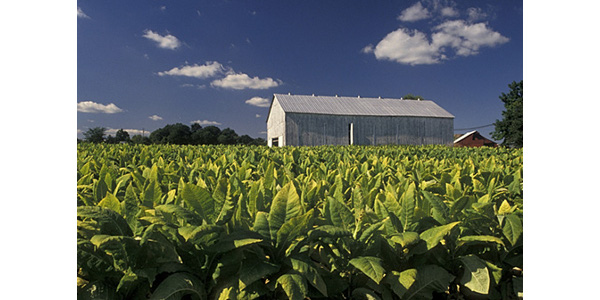 State officials started the program in 2015 when they used a federal grant to help pay for a mural on Sheila Salyer's former tobacco barn in Magoffin County in the eastern part of the state. Salyer said the land and the barn have been in her family for decades. She remembers her grandfather rolling tobacco leaves straight from the barn and smoking them. But Salyer never smoked, and she doesn't farm tobacco. (Mark Goebel via Flickr)

FRANKFORT, Ky. (AP) — Michiel Vaughn owes a lot to tobacco. The lucrative crop helped pay for his livelihood in the 1980s when he farmed it in western Kentucky.

But a 100-year-old tobacco barn on his property now holds sheep, a colony of pet rabbits and a hand-painted mural urging people to quit smoking and giving them a phone number to help them do it.

The mural is one of two on iconic tobacco barns that the state of Kentucky has paid for using federal grant money to help drive home the anti-smoking message. It is part of a campaign targeting the state with one of the highest smoking rates in the country where more than 8,000 people die from tobacco-related illnesses every year. It echoes the advertising campaigns of some tobacco companies, which for decades would pay farmers to paint ads on their barns.

It’s a milestone for Kentucky, whose economy once depended on the tobacco industry, that the government is supporting the anti-smoking effort in ways that once seemed impossible. For Vaughn it’s more personal. It’s a way to ease his conscience.

For decades, Vaughn and his family grew tobacco in Kentucky, as did most every other farmer in this rural state. He never thought about it, until he took a job for an oil company working at truck stops, where he sold cigarettes to smokers.

One memory still sticks: A man walking into the truck stop, “nothing but skin and bones,” and bought three cartons of cigarettes.

“He looked like an almost walking dead man. … I didn’t know if he was going to breathe long enough to get out the door,” Vaughn said. “We would never (raise tobacco) again. I see what it does to too many people.”

Tobacco’s dominance in Kentucky changed following the 2004 buyout which ended federal subsidies paid to tobacco farmers. That made it a lot harder to profit from the crop, and many farmers stopped growing it.

Vaughn got back into farming a few years ago when he bought a farm that included an old tobacco barn. When state officials asked him if they could paint an anti-smoking mural on the barn, it did not take him long to say yes.

State officials started the program in 2015 when they used a federal grant to help pay for a mural on Sheila Salyer’s former tobacco barn in Magoffin County in the eastern part of the state. Salyer said the land and the barn have been in her family for decades. She remembers her grandfather rolling tobacco leaves straight from the barn and smoking them. But Salyer never smoked, and she doesn’t farm tobacco.

“I think that seeing that on a tobacco barn is definitely going to help support people not smoking,” she said.

The mural advertises a phone number, 1-800-QUIT NOW (784-8669), that connects callers to counselors to help them quit. They can be paired with a coach who will call them every few weeks to check on them. Since the mural went up in Magoffin County in 2015, the help line has had a 60 percent increase in calls from that county, according to Bobbye Gray, the tobacco cessation administrator for the Kentucky Cabinet for Health and Family Services.

Kentucky officials got the idea from West Virginia, home of the former Bloch Brothers Tobacco Company, which was famous for paying farmers to paint their barns to advertise their “Mail Pouch” chewing tobacco brand. The slogan, “treat yourself to the best,” spread across thousands of barns and has developed a cult following today.

Greg Puckett, executive director of the nonprofit group Community Connections, came up with a plan to paint tobacco barns with the slogan “treat yourself to health.” His organization has used a mix of state and federal grants to paint 13 barns across the state.

“Generations know to look at advertisements on barns. It’s a true part of Americana, a true part of Appalachian culture and history,” he said. “If we can get a prevention message out there to counter the devastating impacts of tobacco, why wouldn’t we?” 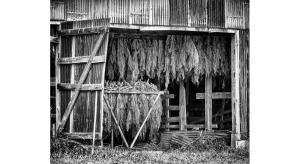 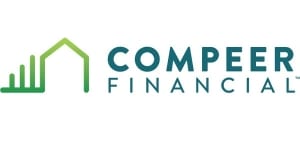 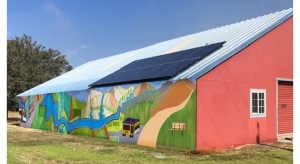 DAVIS, Calif. — As part of an effort to spread awareness on climate change and agricultural issues in the Central Valley, Sustainable UC Davis in partnership with the UC Davis Institute of the Environment and the One Climate Initiative launched a 21st-century “barn raising” mural competition over fall quarter 2021 for undergraduate and graduate students. To mark the conclusion of the mural design […] 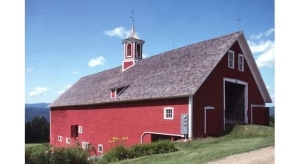 BURLINGTON, Vt. — Why are barns painted red? asks Elijah B., age 13, Waverly, Tennessee. There are three reasons we see so many red American barns. It’s traditional, it’s practical and the color looks good. Although a main reason to paint wooden buildings is for appearances, paint also protects the wood so it lasts longer. […] 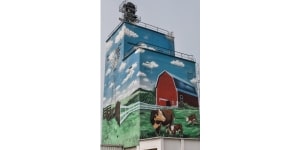 MANHATTAN, Kan. — Brett Hubka wanted to leave a lasting mark on Clay Center when choosing the annual project for his Rotary Club. First he considered updating the city’s welcome sign but quickly decided against it when he discovered all the red tape involved in placing a sign near the highway. “A mural project has […]