Home » Tips for taking better photos of your garden 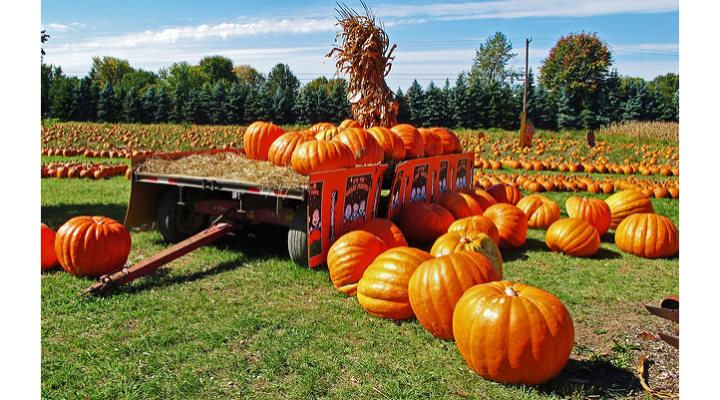 Having items in a picture's foreground and background helps put the viewer in the photo and creates a sense of depth. When taking a photo of a meadow or landscape, include objects closer to the camera as well. (Rodney Campbell, Flickr/Creative Commons)

WASHINGTON — So the garden you planted or enjoy each day is flowering. Birds and animals are busy in your yard or neighbourhood. And you’d love to capture all this natural beauty in photos.

It’s so easy these days to pull out a phone and take pictures of anything anytime, but a little time and thought can produce better garden and wildlife photos.

“There’s a big difference between that for-the-record shot that preserves a memory and getting a really nice image,” says Brenda Tharp, author of the new book “Expressive Nature Photography” (The Monacelli Press).

Pause before pressing the shutter, she says, and consider: Is the light right? Can you give your photo a unique point of view by shooting from different angles and levels, moving to the side, crouching or standing on something?

Try to identify what it is about the subject matter that “stopped you in your tracks,” she says. “It’s really about narrowing down your purpose in making that picture.”

Some tips from Tharp and other nature photographers:

THE RULE OF THIRDS

Resist the temptation to centre the subject, suggests Rob Simpson, an instructor in nature photography at Lord Fairfax College in Middletown, Virginia. Think of your photo as a tic-tac-toe board, and place the subject in one of the off-centre thirds of the space. “It’s going to make the photo more pleasing to the eye,” he said. “It gives it balance.”

One of the most exciting things about photographing flowers and leaves is capturing something that passersby won’t see — their textures up-close, says Patty Hankins, a floral photographer in Bethesda, Maryland, who sells her work and offers photography tips at beautifulflowerpictures.com.

A camera’s “macro” setting lets you take an extreme close-up and keep it in focus. “It shows you all these incredible things that people who aren’t stopping to look won’t see,” she says. “It’s about filling the frame with small details.”

When using the macro setting, keep the camera as still as possible, Hankins says. “If you’re taking a picture of the Grand Canyon and your hand shakes a little, people aren’t likely to notice,” she said. “But if you’re taking a photo of the centre of a sunflower, they’re much more likely to see it.”

A tripod can help. Look for one that is lightweight and can get low to ground, she says. If you don’t own a tripod, find somewhere solid to place the camera or set it on a bean bag or bag of rice on the ground, and use the timer to take the photo. Many cameras also have settings designed to reduce vibrations.

Before you shoot, scan the edges of your picture for buildings, outdoor furniture or other things that could distract from your subject.

Often, outdoor photos come out better on cloudy days or when the sun is not directly overhead, Simpson says. The soft light that comes through on an overcast day will not cast harsh shadows, and may result in a more even exposure and better details.

“People love sunlight, but it’s not the right light for every subject,” Tharp says. “For intimate views of nature, opt for soft or diffused light.”

For landscape photos, however, sunlight can add drama. Consider shooting in the warm light found in early morning or late afternoon when the angle of the sun is low.

Having items in a picture’s foreground and background helps put the viewer in the photo and creates a sense of depth, Tharp says. When taking a photo of a meadow or landscape, include objects closer to the camera as well.

Another way to create dimension is to angle the camera downward a bit, emphasizing the foreground and creating that near-far relationship.

The best animal photos reveal the subject’s behaviour or personality, Tharp says. Take time to observe the animals and wait for the best shot. But be ready to capture the action when it happens. Simpson recommends a fast shutter speed to avoid missing the shot.

Keep the animal’s eye in focus.

Becoming a better photographer will mean understanding shutter speeds and apertures, Tharp said. The right shutter speed can mean the difference between freezing the motion of a moving animal or ending up with a blur. When photographing something in motion — an animal, bird or waterfall — give precedence to shutter speed over aperture, which is the amount of light being allowed into the lens.

If controlling the sharpness of the background is the goal, prioritize aperture, because it defines the depth of what will be in focus, she said.

“Experimenting with different apertures and shutter speeds on your subject will quickly show the various effects,” Tharp said.

Water used for irrigation under threat