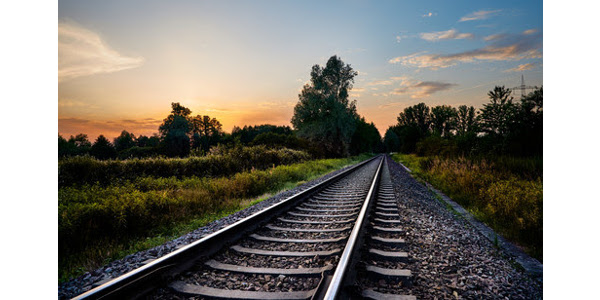 "Your immediate support of USMCA has never been more important. I encourage my fellow farmers and ranchers to voice their support for the swift ratification of USMCA," wrote Chinn. (Courtesy of Missouri Department of Agriculture)

JEFFERSON CITY, Mo. — On Tuesday, Dec. 10, President Trump and Speaker of the House Nancy Pelosi announced a compromise had been struck on the long-awaited U.S.-Mexico-Canada trade agreement better known as USMCA. Across the board, farmers, ranchers and agriculture leaders reacted with excitement that maybe – just maybe – Congress would be able to ratify USMCA before Christmas break. It was this news that the agriculture community had waited months to hear as the House of Representatives were ‘working to get to a yes’ on USMCA. A few hours later, Senate Majority Leader Mitch McConnell announced that his chamber wouldn’t be able to push USMCA across the finish line until 2020.

The growing divide in Congress is hard to watch. Our farmers and ranchers are relying on Congress to finish its due diligence on the upgraded trade agreement as quickly as possible. With much frustration, many of us in the Heartland are wondering how much longer it might be until the ink dries on this agreement.

American farmers and ranchers go to work each and every day with a list of chores. That list almost never stays the same as the day progresses, but their end goal remains the same. They want to raise the best food, fiber and fuel for their communities, states and the world, while leaving their farms stronger for the next generation. That’s their job.

Collectively, it’s the role of Presidents, Congressional leaders and trade representatives to ensure that our American farmers are being treated fairly in the global marketplace. Completing their due diligence is an important part of that process. They help negotiate, craft and approve trade deals that create a level playing field for our farmers, workers and citizens. That’s their job.

Those of us in rural America are asking Congress to finish their job on USMCA as quickly as possible.

History has proven time and time again that agriculture is consistently used by other countries as a pawn when they’re unhappy. Agriculture has felt the hit of various trade barriers over the years, including complete bans of our products without sound scientific evidence. Our farmers, ranchers and agribusinesses deserve better from our trade partners.

USMCA is positioned to boost American small businesses, specifically agriculture. Mexico and Canada are Missouri’s top two trading partners. Since NAFTA was signed in 1994, the agreement helped quadruple U.S. agriculture exports to these two countries. In total, USMCA is expected to create an additional 176,000 jobs and inject $68 billion into the United States through increased exports. The agreement further maintains zero tariffs with Mexico and makes modest improvements to dairy, poultry and egg market access.

The U.S. Farmers & Ranchers Alliance “30 Harvests” video reminded many of us in agriculture that we are approximately 30 harvests away from needing to feed 9 billion people in the world each year. That major increase in production will only be accomplished with the help of agriculture technology. The new agreements the Trump administration is working on recognize and prioritize those important pieces for American agriculture today. Case in point, USMCA will modernize biotechnology provisions.

Your immediate support of USMCA has never been more important. I encourage my fellow farmers and ranchers to voice their support for the swift ratification of USMCA.

Selecting and caring for your poinsettia