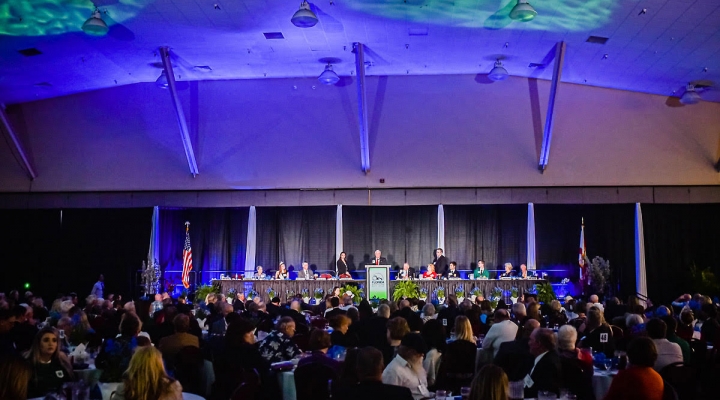 TAMPA, Fla. — Tickets are now on sale for the 43rd annual Florida Agricultural Hall of Fame banquet, which will honor five inductees who have made invaluable contributions to Florida agriculture. The Hall of Fame induction ceremony will take place on Feb. 15, where this year’s inductee will be recognized along with the Class of 2021 inductees, as last year’s banquet was cancelled due to COVID-19.

The banquet, which each year celebrates the accomplishments of industry leaders who have served in research, education and business, will be held in the Entertainment Hall at the Florida State Fairgrounds in Tampa. The reception begins at 5 p.m., with the dinner and program following at 6 p.m.

Tickets are $75 per person, and tables of eight are available. Mentor sponsorship tickets, which allow youth in agriculture to attend the event at no cost and meet industry leaders, are also available. Tickets can be purchased online at https://floridaaghalloffame2022.eventbrite.com or by calling 813-230-1918. Online ticket sales close Feb. 8.

“After two years, it is exciting to come together once again to recognize the achievements of five outstanding honorees who have made significant and lasting contributions to Florida agriculture,” said Ray Hodge, president of the Florida Agricultural Hall of Fame Foundation. “We look forward to welcoming the industry back to celebrate our 2021-2022 honorees.”

For more information about the 2021-2022 Florida Agricultural Hall of Fame honorees and previous inductees, visit FloridaAgHallofFame.org.  Nominations for 2023 are currently being accepted. Nomination forms can also be found on the Hall of Fame website.