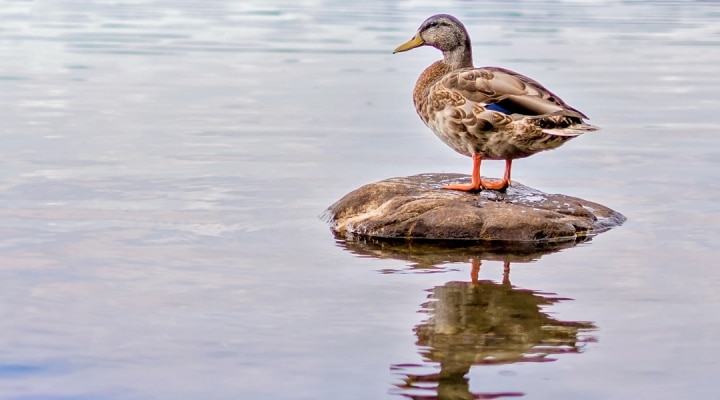 The Washington State Department of Agriculture (WSDA) tested the flock after the owner contacted WSDA’s Sick Bird Hotline reporting several dead and sick birds in the flock, which contains an unknown number of chicken, geese, guinea fowl and ducks. After the flock samples tested positive at state and national labs for HPAI, the state veterinarian quarantined the flock. The flock will be euthanized to contain the spread of the virus.

As with every flock that has tested positive for HPAI so far, the Thurston County flock had substantial exposure to wild waterfowl. Dr. Amber Itle, Washington state veterinarian, is urging bird owners to take steps to stop the virus from spreading, including skipping fairs and exhibitions until at least 30 days after the last detection.

“If we can remain vigilant for a few more weeks, I’m hopeful we can resume normal activities at the end of June,” Itle said.

“It’s going to be especially important to keep flocks away from ponds where resident wild geese may be hatching out goslings,” Itle said. “These ponds are highly likely to have heavy environmental contamination.”

Public health officials say human infection is very unlikely, especially with this year’s strain of HPAI. Additionally, infected birds do not enter the commercial food system. Meat and eggs from both wild game birds and domestic poultry need to be properly cooked to ensure they are safe to consume.

WSDA will continue to announce the first detection of HPAI in new counties. WSDA’s website tracks new and subsequent detections in each county. It also includes an interactive map, showing surveillance areas around confirmed detections. Flock owners are encouraged to visit the map where they can enter their address and learn if they are in a surveillance zone. Those in a surveillance zone should take extra care to protect and monitor their flocks.

Avian influenza is transmitted from wild birds to domestic birds through direct contact, fecal contamination, transmission through the air, environmental contamination, and shared water sources. The virus can also be spread from farm to farm, and live on surfaces for weeks. Both wild and domestic waterfowl can be infected with the virus and not show signs of disease.

Reducing or eliminating contact between wild birds and domestic flocks and practicing good biosecurity is the best way to protect domestic birds from this disease. Bird owners should bring their flocks inside or undercover to protect them from wild waterfowl. Experts say flock owners should limit visitors to their farms, change shoes and clothing when leaving the coups and pen waterfowl birds separately from the others in the flock.

Visit agr.wa.gov/birdflu or USDA’s Defend the Flock program for more information about avian influenza and protecting flocks from this disease.