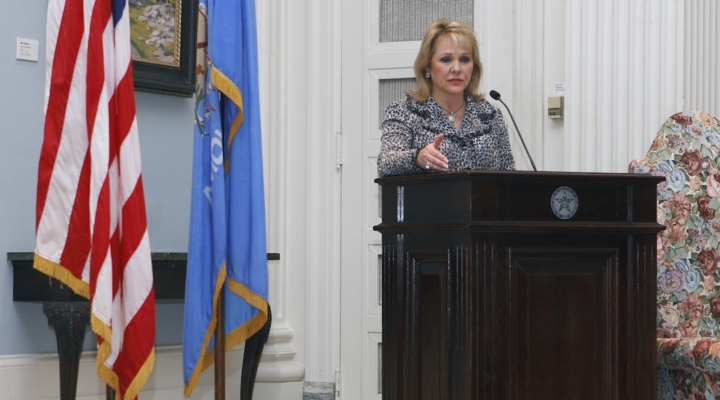 In February, legislators began the 2017 legislative session facing a nearly $900 million budget shortfall. A wide variety of revenue-raising measures were considered including a gross production tax increase, a cigarette tax increase, a fuel tax increase and a reduction in the earned income tax credit.

Based on the debate during the regular session, here are three things OKFB will be monitoring throughout the special session.

During the regular legislative session, an increase in state fuel taxes was proposed to replace funds removed from the Oklahoma Department of Transportation. Though red diesel is exempt, an increase in fuel taxes could disproportionately affect farmers and ranchers who live in rural Oklahoma.

OKFB policy states, “We are opposed to any increase in taxes or fees on diesel or gasoline.”

As the special session begins, OKFB policy staff will be monitoring any proposals to increase gas and diesel taxes.

A key part of the state budget was the Legislature’s removal of the sales tax exemption on new and used vehicles at 1.25 percent. The measure was challenged by the Oklahoma Automobile Dealers Association and others who believed state lawmakers passed the measure unconstitutionally.

Why does this matter? As the legislature again attempts to fix the budget, sales tax exemptions are on the table as revenue-raising options not requiring a super majority vote. For farmers and ranchers, that could spell trouble for the agriculture sales tax exemption.

Revenue from the cigarette fee was earmarked for four state agencies: the Oklahoma Health Care Authority, the Department of Human Services, the Department of Mental Health and Substance Abuse Services and the Alcoholic Beverages Law Enforcement Commission. Losing the revenue from the cigarette fee could cost state agencies face additional cuts along with the loss of federal funding matches.

A reduction in funding will most likely have a large impact on the many already struggling hospitals in rural Oklahoma. OKFB members should monitor and make legislators aware of the significant need for adequate healthcare access in rural Oklahoma.

As always, OKFB will work diligently to protect the priorities of its members in the special session. Have questions or concerns? Contact OKFB Public Policy at 405.530.2681.

Hay quality testing: What does it mean?