Home / National / Three awarded NFU’s highest honor
A new user experience is coming! We'll be asking you to login to your Morning Ag Clips account March 1st to access these new features.
We can't wait to share them with you! Read more here. 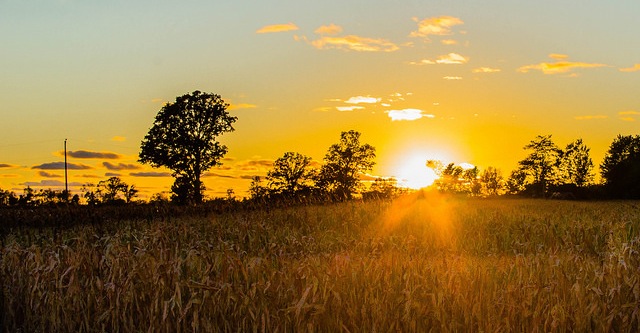 The Meritorious Service Award recognizes outstanding leadership and service to family agriculture and to Farmers Union over the course of a lifetime. (James Vincent Wardhaugh, Flick/Creative Commons)

SAN DIEGO, Calif. — The strength, diversity and success of modern family farm agriculture is the result of hardworking men and women across the industry, and three individuals have gone above and beyond to ensure that success and the well-being of family farmers, ranchers and rural communities.

National Farmers Union (NFU) presented Merle Anderson, Cheryl Cook, and Kent Peppler with the Meritorious Service Award today for their outstanding leadership and service to family agriculture and to Farmers Union over the course of their lifetimes.

“As advocates for family farmers, ranchers, and rural communities, it is important to our mission as an organization that we recognize those who work to aid progress in rural America,” said NFU President Roger Johnson. “Merle, Cheryl and Kent dedicated their careers and lives to bettering life for family farmers, ranchers, and their communities. I am honored to recognize their contributions today with our organization’s highest honor, the Meritorious Service Award.”

Anderson, Cook and Peppler join past recipients of the Meritorious Service Award, including former Members of Congress and a former United States President, who have made particularly noteworthy contributions to family agriculture, humanity, and Farmers Union at the state and national levels.

A list of past recipients can be found here.

Merle Anderson is Chairman Emeritus of the board of directors for the American Coalition for Ethanol, a company he founded in 1987. Anderson grew up on his family’s farm in Polk County, Minnesota, where he helped his father grow potatoes before taking over the operation himself. From 1970-71, he was the chairman of the Red River Valley Growers Association, followed by a stint as president of the National Potato Council in 1973. Anderson also served 45 years on the Red River Valley Cooperative Power board, and 25 years with Minnkota Power Cooperative.

Cheryl Cook is Chief Innovation Officer at the Pennsylvania Department of Agriculture (PDA). Prior to joining PDA in March 2015, she completed a six-year stint with the Obama Administration. Cook was appointed to serve as the United States Department of Agriculture’s (USDA) Chief Information Officer from April 2012 to March 2015, after serving as Deputy Under Secretary for USDA’s Rural Development Mission Area from March 2009 to April 2012.  From April 2003 to March 2009, Cook served under former Agriculture Secretary Dennis Wolff as Deputy Secretary for Marketing and Economic Development. Cook also served as a member of the National Farmers Union’s public policy staff, focusing on dairy, credit, and environmental issues. She received her bachelor’s degree from Lebanon Valley College in Annville, Pennsylvania, and a law degree from The Dickinson School of Law in Carlisle, Pennsylvania.

Kent Peppler is a fourth generation farmer from Mead, Colorado. His family has raised sugar beets and sunflowers in the past, and they have fed cattle, sheep and hogs for three generations. He has farmed the family operation since graduation with a B.S. in Agriculture Education from Colorado State University. Peppler served as president of Rocky Mountain Farmers Union from 2006 until 2015. He was on the NFU Board of Directors, serving as Treasurer and a member of the Executive Committee. Kent has also served four federal government appointments, several state committees and task forces to be the voice for family farm agriculture.

Potatoes found to grow on Mars