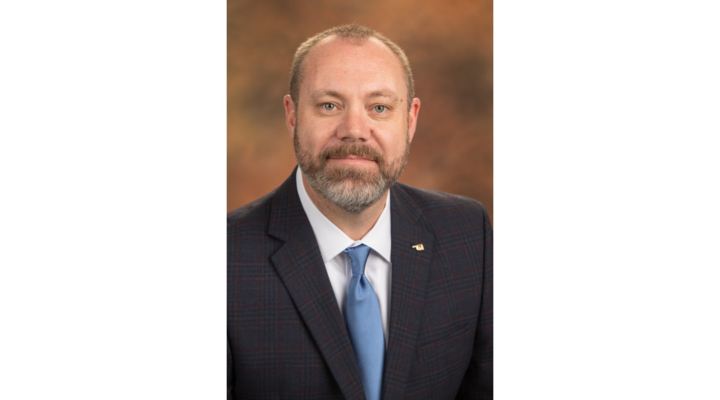 Thompson was raised on the Lincoln County farm his family settled in the land run of 1891. After studying agricultural education and agricultural economics at Oklahoma State University, he worked for nine years at the Oklahoma Department of Agriculture, first as legislative liaison, then as associate commissioner. During his time with ODAFF, their team at the state Capitol helped to secure historic funding for rural fire departments and a new $12 million agriculture laboratory.

Thompson owned and operated an agribusiness policy consulting firm for one year before taking on the role of director of government relations and ag programs for American Farmers & Ranchers in 2011. At AFR, he focused on state and federal legislative advocacy, youth leadership programs and grassroots policy development.

“We have many great challenges and unique opportunities in front of us at the state Capitol and in Washington D.C. I am honored take up the fight on behalf of the state’s largest general farm organization.”

Currently, Thompson serves as a livestock show superintendent at the Oklahoma Youth Expo and Tulsa State Fair. He received the Distinguished Service Award from the Oklahoma Cattlemen’s Association in 2007 and the Honorary State FFA Degree in 2018. He and his wife Jana have one son, Will, and they reside in Yukon.