Home / Illinois / This approach helps prepare for, contain PEDV outbreaks
A new user experience is coming! We'll be asking you to login to your Morning Ag Clips account March 1st to access these new features.
We can't wait to share them with you! Read more here. 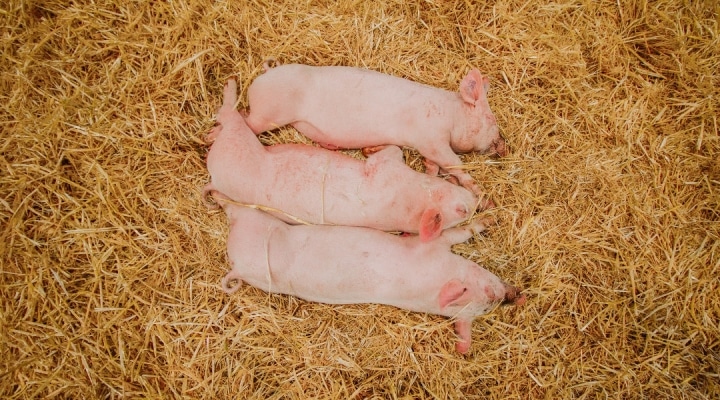 PEDV emerged in the U.S. in 2013 and by 2014 had infected approximately 50 percent of breeding herds. (Photo by Matthieu Pétiard on Unsplash)

RALEIGH, N.C. — Researchers from North Carolina State University used a three-model approach to trace the between-farm spread of porcine epidemic diarrhea virus (PEDV), as well as to analyze the efficacy of different control strategies in these scenarios. The approach may enable farmers to be more proactive in preventing the spread of PEDV and to optimize their efforts to control the disease.

PEDV is a virus that causes high mortality rates in preweaned piglets. The virus emerged in the U.S. in 2013 and by 2014 had infected approximately 50 percent of breeding herds. PEDV is transmitted by contact with contaminated fecal matter.

“We wanted to compare three different models by using actual outbreak data in order to test their efficacy,” says Gustavo Machado, assistant professor of population health and pathobiology at NC State and corresponding author of a paper describing the work. “Then we could use the data to determine the best intervention strategy in each case.”

The team compared three models. One was PigSpread, a novel epidemiological modelling framework developed by coauthor Jason Galvis specifically to model disease spread in swine populations. The other two models were SimInf (a commercial disease spread simulator) and PoPS, which was developed by NC State’s Center for Geospatial Analytics to model the spread of pests or pathogens within fields and forests.

“There are mainly two ways PEDV can spread – either between the pigs on the same farm, or when pigs are moved from one farm to another,” Machado says. “Each of the models we picked had a different strength: PigSpread looks at the number of pigs per farm and differences in numbers to make predictions, SimInf looks at disease in the environment, and PoPS uses both differences in numbers and environmental factors like temperature and precipitation.”

Using data from recorded PEDV outbreaks from three separate companies, the team calibrated the models weekly and looked at which one performed best in each given week.

“While PoPS was the most accurate overall, each model had its own advantages or disadvantages,” Machado says. “What we’re doing here is similar to the way meteorologists model weather data, using different models with different strengths to give us more flexibility. We calibrate the models each week and predictively, we would use the model that performed best on the most recent data.”

The team analyzed the predictive capability of the models in conjunction with disease control strategies such as herd closure, vaccination and biosecurity measures. They estimate that by combining modeling and control protocols farms could see a 76% to 89% reduction in outbreaks in sow farms and a 33% to 61% outbreak reduction among gilt farms.

“This is a flexible way to keep farmers up to date during an outbreak and enable them to make decisions,” Galvis says. “We hope to be able to provide farmers with potential hot spot maps prior to an outbreak so that they can increase surveillance and preempt the spread of disease. Our next steps will be to look more closely at how the infection responds to specific interventions.”