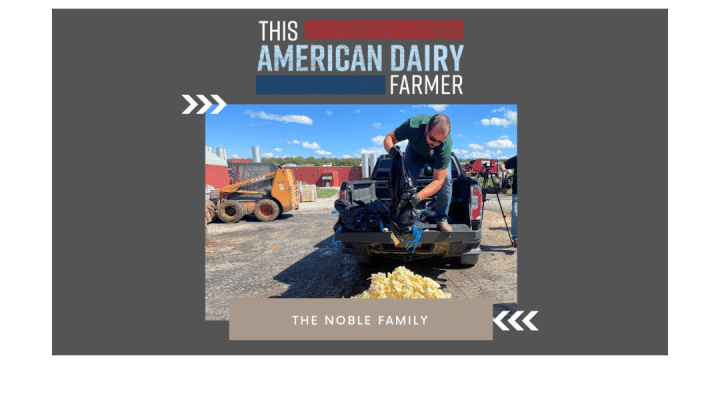 “Connecting consumers with dairy farmers who are producing affordable, nutrient-rich dairy products is critical to increasing dairy sales, which is the purpose of this video series,” said ADA North East CEO Rick Naczi. “More and more, people make food purchasing decisions based on production practices so we’re sharing the faces of farmers who are committed to providing a safe, delicious and sustainable product.”

The first episode “From Waste to Watts,” was filmed at Noblehurst Farms in Linwood, N.Y., about the Noble and Klapper families.

“It’s important for people to feel good about where their food comes from and about the people who make it,” said Chris Noble.

The families built the business that not only includes the dairy farm, but a recycling facility that generates renewable energy from food wastes. Noblehurst keeps 200 tons of food waste out of landfills each week – reducing greenhouse gas emissions while creating enough clean renewable energy to power their farm and homes in their community.

New episodes of This American Dairy Farmer will be launched weekly on the ADA North East Facebook page through the end of the year. In addition to showing modern technology on dairy farms, future episodes feature personal stories about farmers. From a family that has shown prized cattle at the New York State Fair for 100 years, to sisters with 700,000 social media followers, to a start-up “Butter Meat Company” run by an innovative millennial couple, “This American Dairy Farmer” will connect viewers to the passion of the people who produce their food.