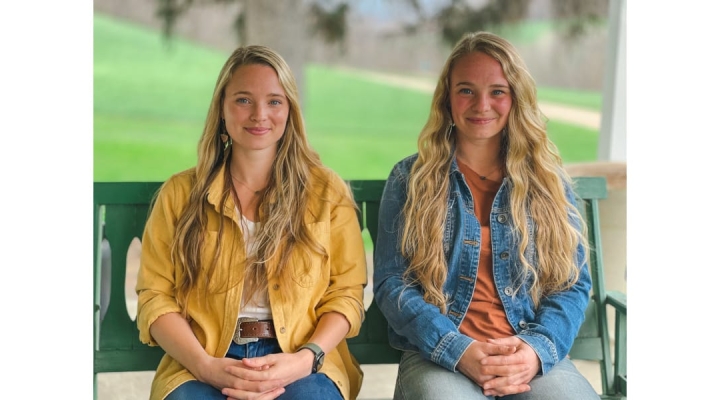 Sisters Stephanie and Hayley Painter of Painterland Farms, Westfield, Pa., are the first of six featured farmers in the next series of American Dairy Association North East’s “This American Dairy Farmer.” (Courtesy Photo)

SYRACUSE, N.Y. — Highlighting family, tradition and sustainable food production is the goal of American Dairy Association North East’s video series, “This American Dairy Farmer.” Since launching during the pandemic, the series has featured 24 local farms and garnered more than 1.5 million views. The summer series will feature six new farms and is available on the ADA North East website and all its social media channels.

“Our dairy farmers all have a unique story to tell, and connecting consumers with those who are producing affordable, nutrient-rich dairy products is critical to building trust and sales in dairy,” said ADA North East CEO John Chrisman. “More and more, people make food purchasing decisions based on production practices so we’re sharing the faces of farmers who are committed to providing a safe, delicious and sustainable product.”

Launching on July 6, the first episode in the summer series is “Sisters Sell Yogurt with Smiles,” featuring Stephanie and Hayley Painter of Painterland Farms in Westfield, Pa. The sisters returned home to their family’s organic dairy farm after college to launch their Icelandic-style Skyr yogurt brand in March.

“We like to say it’s ‘yogurt with a mission,’ to connect the disconnected with dairy farming and the general consumer,” said Stephanie Painter.

“’This American Dairy Farmer’ will undoubtedly connect viewers to the passion of the people who produce their food,” said Chrisman.