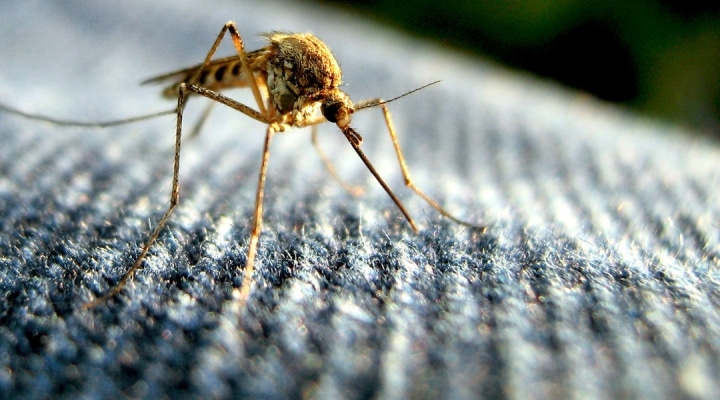 DEET disrupts a mosquito’s ability to locate humans. Until recently, it was considered the gold standard among topical repellents, but some find its strong odor offensive. (Tom, Flickr/Creative Commons)

WASHINGTON — In the age-old battle against mosquitos, DEET has proven effective at keeping this nemesis at bay, but the repellent is smelly and its protection is short-lived. Now, researchers report in ACS’ Journal of Agricultural and Food Chemistry that they have designed safe alternatives that have some advantages over DEET, including a nice smell and much longer protection from bites.

DEET disrupts a mosquito’s ability to locate humans. Until recently, it was considered the gold standard among topical repellents, but some find its strong odor offensive. It has to be reapplied frequently, and at high concentrations, it can damage synthetic fabrics and plastics. Another popular repellent known as picaridin is now regarded as a better alternative, since its protective effect lasts longer, and it doesn’t have an odor or damage items. However, like DEET, it has to be reapplied after swimming or sweating.

So, Francesca Dani and colleagues wanted to look for alternatives to these established products. In prior work, the team used as starting materials two plant-based natural repellents that offered only short-term protection from mosquitos. The researchers converted these terpenoids into cyclic acetals and hydroxyacetals, thereby extending their protective timespan beyond that of DEET. But the researchers wanted to improve on these initial products.

In the current work, the team synthesized additional cyclic hydroxyacetals from inexpensive, commercially available carbonyls. The new cyclic compounds had pleasant, much fainter odors and were easier to dissolve in water, meaning they can be formulated without high concentrations of alcohol. Some were as effective as DEET and picaridin at repelling Asian tiger mosquitos, which have spread widely in the U.S. and carry diseases, including encephalitis, dengue and dog heartworm. And like picaridin, they provided human volunteers more than 95% protection from bites for at least eight hours, while DEET’s protection rapidly declined below that level after just two hours. Toxicity of some of the most active new compounds was comparable to or lower than the traditional repellents. Two hydroxyacetals were also less likely to cause immune reactions or to penetrate cell layers than picaridin. The researchers conclude that their compounds represent a new class of promising mosquito repellants that can compete favorably with DEET and picaridin in terms of efficacy and safety.

The American Chemical Society (ACS) is a nonprofit organization chartered by the U.S. Congress. ACS’ mission is to advance the broader chemistry enterprise and its practitioners for the benefit of Earth and all its people. The Society is a global leader in promoting excellence in science education and providing access to chemistry-related information and research through its multiple research solutions, peer-reviewed journals, scientific conferences, eBooks and weekly news periodical Chemical & Engineering News. ACS journals are among the most cited, most trusted and most read within the scientific literature; however, ACS itself does not conduct chemical research. As a leader in scientific information solutions, its CAS division partners with global innovators to accelerate breakthroughs by curating, connecting and analyzing the world’s scientific knowledge. ACS’ main offices are in Washington, D.C., and Columbus, Ohio. 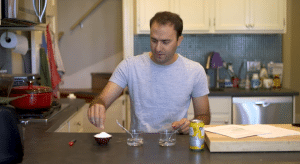 Why does salt change the taste of everything? 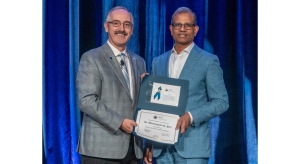 COLLEGE STATION, Texas — The American Chemical Society, ACS, Fellow has been awarded to Bhimu Patil, Ph.D., for exceptional contributions to science and foods for health. Patil is a Texas A&M AgriLife Research Regent Professor, the Inaugural Leonard Pike University Professor and director of the Vegetable and Fruit Improvement Center, Department of Horticultural Sciences and U.S. Department of Agriculture National Center of […] 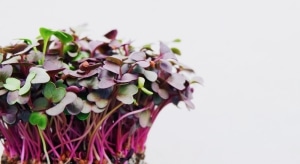 Microgreens pack a nutritional punch that varies with growing conditions

WASHINGTON — Although microgreens were initially gourmet ingredients for upscale restaurants, they’ve become popular among gardeners and home cooks. Despite their “superfood” label, the levels of healthful compounds, such as phytonutrients, in most varieties of microgreens are unknown. Researchers in ACS Food Science & Technology now report that kale and broccoli microgreens grown in either windowsills […] 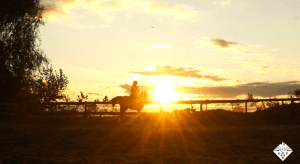 WASHINGTON — Skilled equestrians make advanced riding maneuvers, like jumps, spins and piaffes, look effortless. But good riding requires balance and subtle cues to the horse, many of which are given through the rider’s posture, seat and legs. Now, researchers reporting in ACS Nano developed a prototype “smart saddle” that could help equestrians improve their biomechanics. […] 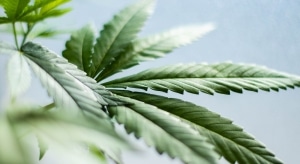