Home / Missouri / These crops you see Missouri farmers planting won’t be harvested. That’s a good thing
A new user experience is coming! We'll be asking you to login to your Morning Ag Clips account March 1st to access these new features.
We can't wait to share them with you! Read more here. 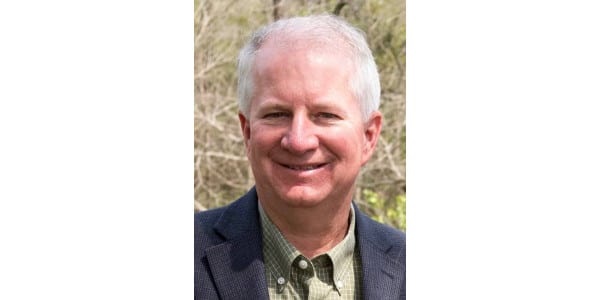 Rob Myers is director of the Center for Regenerative Agriculture at the University of Missouri in Columbia. (https://cafnr.missouri.edu/person/robert-myers/)

COLUMBIA — America, farmers are busy at work with fall harvest. Hulking combines of green, red or yellow are harvesting fields of corn and soybeans, and in southern states, cotton picking is in full swing. This autumnal tableau of machines and farmers at work across millions of acres is a familiar seasonal vista for people traveling across rural America.

However, people driving through the countryside in the next month are now going to see farmers planting as well as harvesting, and what they are planting is something amazing: special conservation plantings that can regenerate soil, fight climate change and save farmers money.

These conservation plantings are called cover crops, which are plants grown to protect and improve the soil but not harvested as a cash crop. While cover crops such as clovers, vetches, radishes and rye can be planted at various times of the year, they are most commonly planted in fall. Instead of leaving fields bare and idle through the winter, an increasing number of farmers are now seeding cover crops on harvested fields.

Cover crops were used by some stewardship-minded farmers of the past, such as “Founding Farmers” George Washington and Thomas Jefferson, but after the development of modern, chemically-intensive agriculture, cover crops went out of fashion. Fortunately, a new understanding of the biology of the soil and the importance of soil carbon has caused a huge resurgence in the interest in planting these conservation covers. This fall, it is likely there will be approximately 20 million acres of cover crops planted in the U.S., a dramatic increase from the small amount used in the early 2000s.

Farmers of all types are undertaking use of covers for many reasons, principally to improve the health and resiliency of their soil. Healthy water and healthy soil are greatly influenced by the biology of the soil. A single teaspoon of healthy soil can contain more microbes than all the people on the planet. The many different soil organisms — including fungi, bacteria, protozoa, nematodes, earthworms and arthropods — all create an ecosystem that supports the growth of crops we harvest for food and clothing. If the soil is healthy, these organisms can do a better job of recycling nutrients, improving the soil to hold water and sequestering more carbon.

The ability of a healthy soil and cropping system to sequester carbon is one of the biggest reasons every U.S. consumer should be interested in seeing more use of cover crops. Well-grown cover crops can sequester at least two to three tons of carbon per year. The 20 million acres of cover crops likely to be planted this year will remove enough carbon dioxide from the atmosphere to offset the carbon emitted by more than 12 million cars.

While the recent progress with cover crops and storing soil carbon is admirable, we have a long way to go. Approximately half the soil carbon that existed on Midwest farms at the time of European settlement has been lost to tillage and farming over the last two centuries. This undermines our ability to grow food and fiber, especially given more extreme weather precipitated by climate change. While the estimated 20 million acres of cover crops being planted this year sounds substantial and represents real progress, it is unfortunately less than 10% of total U.S. cropland.

Numerous public and private sector programs are encouraging the use of cover crops, including Bayer’s Soil Carbon Initiative, but much more effort to catalyze cover crop adoption is needed. For example, the current congressional budget reconciliation proposal includes $5 billion to incentivize farmers planting cover crops on millions of additional acres.

Ultimately, it’s the efforts of many innovative and stewardship-minded farmers that are leading the way on use of cover crops. These farmers are capturing carbon out of the air and putting it into the soil where it can benefit us all by building healthier soil and sustaining our food system. This regreening of fields during the current golden harvest season is the type of fall color change we can all appreciate.