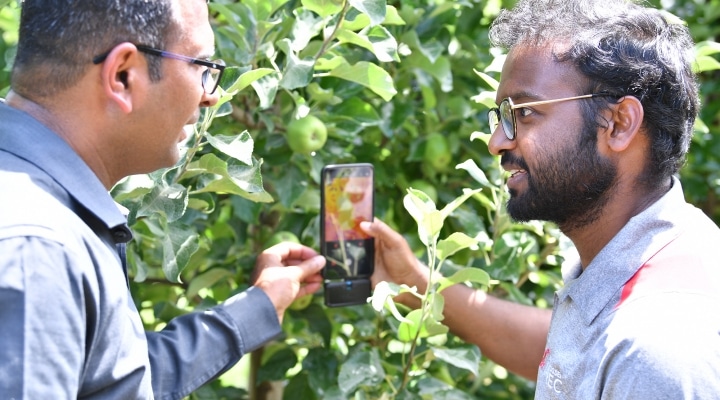 In a project jointly funded by the U.S. Department of Agriculture’s National Institute of Food and Agriculture and the National Science Foundation, a team led by WSU associate professor and precision ag scientist Lav Khot is developing a sensor-based orchard system that can sense fruit surface temperature and fine-tune delivery of cool water for evaporative cooling. (Courtesy Photo)

PULLMAN, Wash. — Just like humans, apples can get sunburn. Summer sunshine helps apples ripen and brings on their classic red color, but sun and heat can quickly become too much of a good thing.

This summer, researchers at Washington State University are testing a high-tech approach to prevent the burn and save water and energy.

While apple tree leaves can soak up sunshine, fruit doesn’t dissipate heat as well. Sunburn can happen in as little as 10 minutes, causing disorders that ruin fruit quality and appearance—think ugly, brown dead spots. Unaddressed, sunburn can ruin as much as half of growers’ crops.

“That means less nutrients for the fruit, so disorders come through again,” Khot said. “It costs a lot of water, a lot of energy, and affects fruit quality and food safety—bacteria can breed in wet canopies.”Most Northwest apple growers use overhead sprinklers to cool orchard canopies on hot days. But trees soak up that extra water and use it to grow shoots and leaves, changing their internal chemistry.

In a project jointly funded by the U.S. Department of Agriculture’s National Institute of Food and Agriculture and the National Science Foundation, Khot’s team is developing a sensor-based orchard system that can sense fruit surface temperature and fine-tune delivery of cool water for evaporative cooling.

“Instead of guessing, and running water throughout the day, we can use in-orchard sensor nodes that look at the fruit’s surface temperature and activates cooling when it’s at the threshold of sunburn,” Khot said.

As a side benefit, Khot’s team developed a smartphone app that uses nearby weather station data as well as an inexpensive thermal/RGB camera attachment to gauge fruit temperature and heat stress danger.

“We call it AppSense,” Khot said. “Some growers may not be able to invest in in-field sensors, but everybody has a smartphone.”

Khot’s systems can send growers real-time data to help make decisions about heat stress management, and in the future could help them make storage and marketing decisions for their fruit—sunburned apples often develop disorder symptoms in storage, reducing the number of fruit that can be sold. Sensor data can also be used to understand fruit development and maturity.

After two years of field tests, the project has received support from the Washington State Tree Fruit Research Commission to test the system at commercial Cosmic Crisp(R) and honeycrisp orchards in the Yakima Valley, where growers typically rely on evaporative cooling, nets, or fogging to prevent sunburn. This fall, scientists at WSU’s Tree Fruit Research and Extension Center at Wenatchee will study postharvest quality of fruit from the project.

Khot plans to release the final version as an open-source design that industry and researchers can build on.

“We want growers to use this tool,” he said. “It’s a win for them and for scientists.”

“Such in-field crop and weather sensing nodes are key as we explore digital agriculture concepts for orchards,” Khot said. 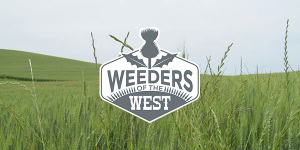 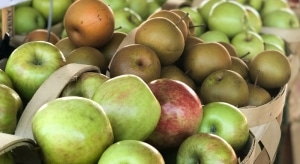 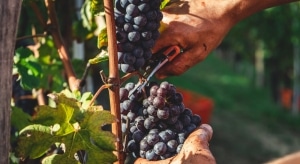 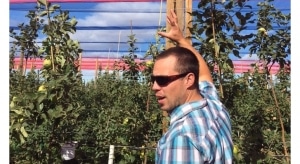 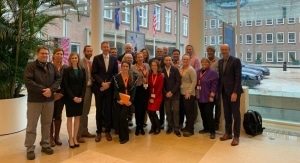