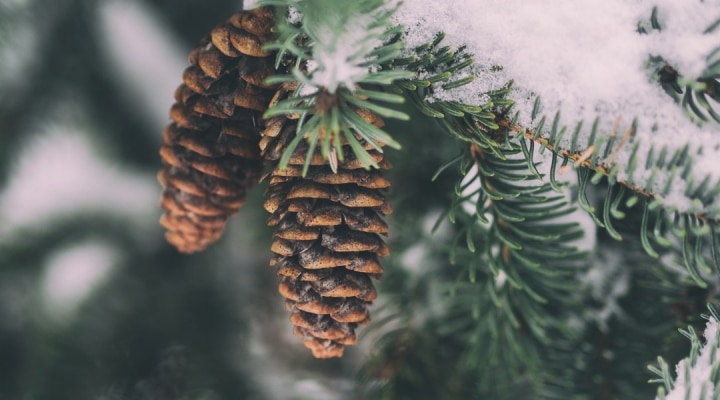 "I am pleased to donate the trees and brighten the holiday season, particularly this year with the pandemic," said Len Cadwallader. (Stock photo via Aaron Burden on Unsplash)

WALLINGFORD, Vt. — On November 24th this year’s Vermont Capitol Christmas Tree which will illuminate the statehouse in Montpelier for the holiday season will be cut down. This year’s tree comes from Cadwallader Tree Farm in Wallingford, VT owned by Len and Mary Ann Cadwallader.

The Cadwallader’s have owned the land from which the tree comes from for 80 years and Len’s grandparents first got the farm involved in Vermont Tree Farm. While not specifically a Christmas tree farm, the farm had several large balsam firs amongst other varieties of tree. Mr. Cadwallader described the balsam tree as “stately and full” standing at over 60ft tall. He knew the capitol was looking for a tree and felt he had one that could be the Capitol Tree. So, he alerted his local forester who notified the statehouse, and he was given approval to donate the tree to the capitol.

The event at Cadwallader farm on November 24th will include the cutting of another balsam tree which will go to Dartmouth College to be erected on the Hanover Green. Mr. Cadwallader is grateful for the opportunity saying, “I am pleased to donate the trees and brighten the holiday season, particularly this year with the pandemic.”