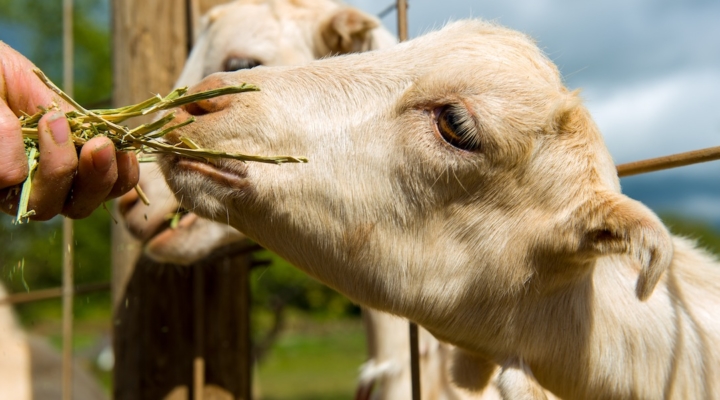 According to the USDA, Texas has the largest number of goats in the nation at 47 percent of the total goat inventory. (Brian Lauer, Flickr/Creative Commons)

PRAIRIE VIEW, Texas — Although the American Dairy Goat Association declares that goat milk contains more riboflavin and phosphorus than cow milk, goat milk has not gained popularity in the United States among milk drinkers. Around the world, populations consume goat milk for its taste and nutrients. According to the USDA, Texas has the largest number of goats in the nation at 47 percent of the total goat inventory. As such, the College of Agriculture and Human Sciences (CAHS), home of the International Goat Research Center, serves the industry well by studying the safety and nutritional adequacy of goat milk.

Dr. Rahmat Attaie, a researcher at the CAHS’ Cooperative Agricultural Research Center (CARC), provides substantial scientific evidence for the improved safety of goat milk. After treatment of diseased lactating goats with the commonly used antibiotic, oxytetracycline, he monitored the residuals of this antibiotic in the milk of Nubian and Alpine breeds. His research documented that an 82-hour threshold period of withdrawal was sufficient for oxytetracycline to clear from goat milk. This information proves to be significant for the goat dairy industry. For goat dairy producers to follow the 82-hour withdrawal period of oxytetracycline, it eliminates violative residue in the milk supply, which can be harmful for human consumption, and increases consumer confidence that there are no traces of the antibiotic in milk.

Attaie’s investigations addresses food safety regarding the presence of antibiotic residue above the legal tolerance level of 300 ppb (parts per billion). Further application of this study aids in decision-making processes not only for dairy farmers but veterinarians as well. His research is important to the survival and sustainability of the American dairy goat industry and the overall contribution of agricultural production.

Arrests made in cattle theft

NMPF statement on round 4 of NAFTA talks