Home / Lighter Side / The old farm in winter
A new user experience is coming! We'll be asking you to login to your Morning Ag Clips account March 1st to access these new features.
We can't wait to share them with you! Read more here. 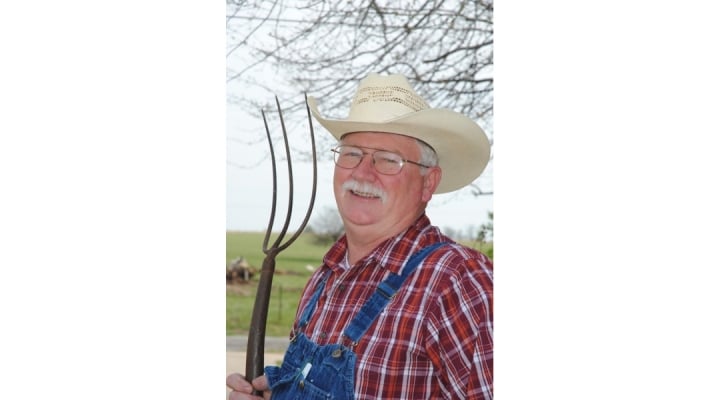 ELKLAND, Pa. — It’s been nigh 65 years since my first winter on our family farm near Elkland, and the deeper my memories of that first and subsequent winters slip into the past, the more they seem someone else’s stories.

But, they were truly mine, those winters on the farm of yore, hard but precious times shared with my dad and brothers. I can yet picture our string of Jersey milk cows in their stanchions, we boys crouched on stools under their taut udders, milk pails squeezed between our knees.

The music of streams of milk being squirted into our buckets still resonates in my mind, while the mingled odors of cows, manure, grain and lespedeza hay fill my senses.

At first it was just a flickering lantern that lit the milking parlor, but later dusty incandescent bulbs, while darkness settled on the barn lot outside the open door. Just inside the yard gate — on the path to the house — sat a 10-gallon milk can with a strainer in its neck, where we poured every bucket of the Jerseys’ frothy, yellow milk.

A light from the kitchen window told us Mom was home from her job as a medical technologist in Springfield, already preparing the supper from the fixin’s she had picked up on the way home. Probably pork steak and creamed corn again, we reckoned. It would be ready by the time we were done milking and tossing loose hay down from the loft.

It’s all my story, as I look back on it, now. But it might just as easily be an episode of the Waltons television show or a story I once read in The Saturday Evening Post. So it seems these 60 years hence, a story of someone else.

Were it not for the bucksaw scar on my left hand, I might not believe it myself. I remember everything about those first, hard winters on the farm — hunting cows and milking in the dark, cutting wood at night and hauling it to the house on a sled fitted with an orange crate.

It was especially hard that first winter — the winter I turned 10 — for boys accustomed to modern conveniences finding themselves hiking after supper to an “airish” outhouse halfway between the house and the barn. But, I was young and eager for adventure. The old farm in winter was certainly that — adventure.

They tell us those were the good old days, the late 1950s and early 60s. I guess they were, but they were especially hard old days for Mom and Dad as they struggled to pay for the farm and raise us boys (just three in number until December 1958).

Most tangible vestiges of those winters and the old farm are gone today. Mom and Dad have long passed; the brothers four — now just two — and the farm, itself, now belong to someone else.

And the experiences of my youth, well, maybe they belong to the farm as much as to me. Maybe that’s why I look back on those winters as if they are stories of someone else — or maybe “someone else” is just an earlier version of me.

Reckon I’ll just have to go back to the old farm in winter in my mind one more time to know.

Copyright 2022, James E. Hamilton; email jhamilton000@centurytel.net. Read more of his works in Ozarks RFD 2010-2015, available online from Amazon or from the author.

Australian man asked his neighbour to take the bins out – so he did, literally
January 25, 2022