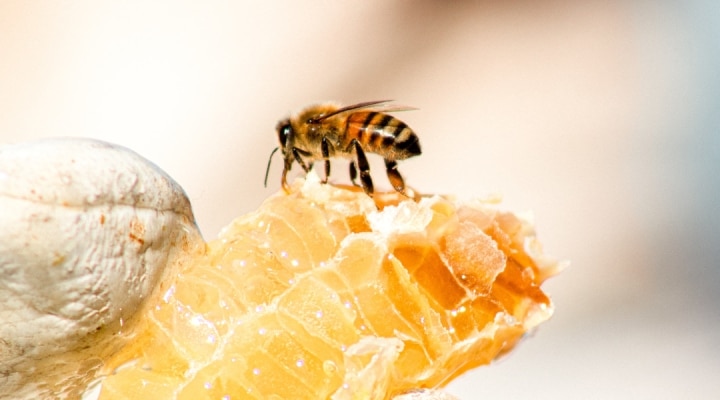 In 2021, U.S. consumers reported a significant increase in self-reported honey consumption, as well as positive perceptions of this all-natural sweetener. (Photo by Meggyn Pomerleau on Unsplash)

ERIE, Colo. — The National Honey Board (NHB) has released its 2021 Annual Report in video format with highlights of positive consumer research, sustainability efforts, and marketing campaigns across retail, foodservice, consumer and ingredient verticals.

In 2021, U.S. consumers reported a significant increase in self-reported honey consumption, as well as positive perceptions of this all-natural sweetener. The increase, revealed in the National Honey Board Consumer Attitudes & Usage Study 2021, follows a pattern of growth for self-reported usage seen since 2019. Consumers who selected honey as their most preferred sweetener cited attributes like ‘natural,’ ‘good for the environment,’ ‘organic,’ ‘a source of antioxidants,’ and ‘flavorful.’ Data from the survey confirms the National Honey Board’s marketing campaign focusing on ‘good for me, good for the planet,’ continues to resonate with American consumers, who are interested in how honey promotes healthy honey bees.

The NHB’s wide ranging marketing program has resulted in a doubling of its return-on-Investment since 2012. According to a 2018 independent evaluation, “Driving the US Demand for Honey: Estimated Economic Impact of the National Honey Board,” for every dollar invested, the industry receives a benefit equal to $31. Marketing highlights include innovative programs like:

To tell the story of honey’s unique journey as an ingredient crafted in nature, as well as by exploring the vital role of honey bees in pollination and global food supply, the NHB expanded its sustainability program with new, shorter videos that promote the role of beekeepers as the stewards of both the bees and the land. This campaign garnered more than 53 million impressions and outpaced all expectations for consumer engagement.

“While 2021 was a challenging year for the honey industry in many ways, the National Honey Board is pleased to see honey consumption in the United States continue to grow.” said Margaret Lombard, Chief Executive Officer. “Consumers are increasingly interested in where their food comes from and how the foods that they purchase impact the environment. Honey producers have a fantastic story to tell.”

ABOUT NATIONAL HONEY BOARD

The NHB is an industry-funded agriculture promotion group that works to educate consumers about the benefits and uses for honey and honey products through research, marketing and promotional programs. The Board’s work, funded by an assessment on domestic and imported honey, is designed to increase the awareness and usage of honey by consumers, the foodservice industry and food manufacturers. The ten-member-Board, appointed by the U.S. Secretary of Agriculture, represents producers (beekeepers), packers, importers and a marketing cooperative. For more information, visit www.honey.com.