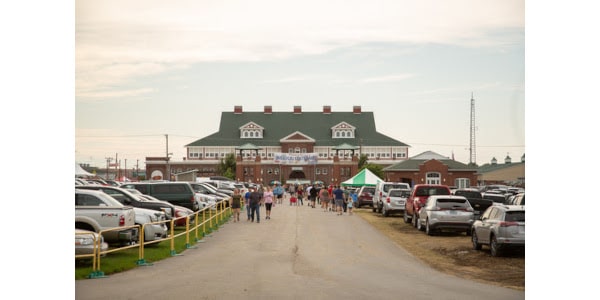 The Fair's Opening Day, sponsored by VisitMO.com, offers $4 gate admission for fairgoers 13 years and older, $2 admission for ages 6-12, and free admission for kids 5 and under. (Courtesy of Missouri State Fair)

“Our Missouri Celebration” will kick off with the Opening Day Ceremony as the first official State Fair Event, beginning at 11 a.m. on the south side of the Agriculture Building. The Marshall Municipal Band will perform. Special guests will include youth representing the Boys and Girls Club of West Central Missouri, who will spend the remainder of their day at the Fair enjoying entertainment, delicious Fair foods, carnival rides and more.

The 2021 Missouri State Fair Queen Pageant and Coronation will occur at 1 p.m. in the Mathewson Exhibition Center, followed by the Opening Day Parade later in the evening at 6 p.m. Parade entries will include antique and classic cars, farm vehicles, the Smith-Cotton Marching Band, and various Fair-themed entries.

The Fair is proud to honor our active duty military and veterans at the Military Flag Retreat ceremony, sponsored by Capital Materials, Retrieving Freedom and Starline Brass. The ceremony on opening day, honoring Donald Barbour of Sedalia, will be held at 5 p.m. with a flag lowering and presentation at the flagpole by the Centennial Ticket Booth.

Free entertainment for all ages offered on Opening Day range from live music on the Budweiser and Ditzfeld Stages to entertainment acts on the Touchstone Energy and Kids Stages, as well as various performances across the grounds. Additional activities include the Farm Toy Show from 9 a.m. to 9 p.m. in the Lowell Mohler Assembly Hall and Cowboy Mounted Shooting, sponsored by Starline Brass, at 6:30 p.m. in the Mathewson Exhibition Center