Home » The legacy is in the soil
conservation soil science 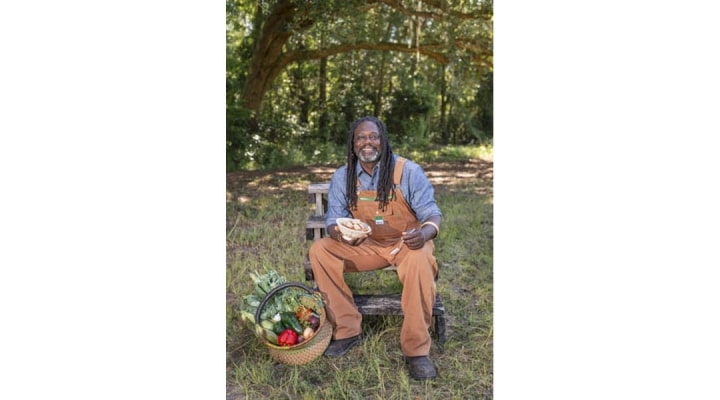 Matthew Raiford's recipes are a modern take on Gullah Geechee traditions, inspired by his experiences on his family's organic farm outside of Brunswick, Georgia. (Photo by Siobhán Egan and Bevin Valentine Jalbert)

Raiford is a 2011 graduate of the Center for Agroecology & Sustainable Food Systems (CASFS) Apprenticeship in Ecological Horticulture at UC Santa Cruz and a 2018 James Beard Foundation semifinalist for Best Chef in the Southeast. His culinary approach is inspired, in part, by his experiences farming lands passed down from his great-great-great grandfather in coastal Georgia, a region where descendants of enslaved Africans, speaking the African Creole language called Gullah Geechee, came together to make extraordinary food.

“I grew up eating a lot of vegetables—a lot—and then we ate a lot of fish, oysters, shrimp, low country boil,” Raiford told Savannah Now. “So many people think that Black cooking is all ribs and chicken, but it isn’t, not in Gullah and the land I come up in.”

Bress ‘n’ Nyam, which means “bless and eat” in Gullah Geechee, shares Raiford’s recipes organized by elemental beginnings. An earth section focuses on recipes anchored by grains and produce, while water, wind, nectar, and spirits highlight seafood, red meat, poultry, desserts, and cocktails, respectively. The flavors are Raiford’s own modern take on family traditions, and his recipes stem from a deeply rooted sense of place.

Raiford’s connection to the land started with growing up on his family’s organic farm, Gilliard Farms, outside of Brunswick, Georgia.

“I didn’t know that people shopped at the grocery store for fruits and vegetables until I was an adult because we grew everything,” he told Southern Living. “I thought the store was where you went for flour and sugar, those kinds of things.”

After initially embarking on a military career, Raiford attended culinary school and the CASFS apprenticeship program before returning home to run the family farm with his sister, Althea. Sustainable farming practices, like those taught through CASFS apprenticeships, came naturally to him, thanks to the traditions of his Gullah Geechee heritage.

In the introduction to Bress ‘n’ Nyam, Raiford writes that, at CASFS he “learned about seeds, organic pest control, and food justice—all things I knew from growing up but had never considered in an academic setting.”

These days, Raiford draws frequently upon the wisdom of his ancestors in managing Gilliard Farms. Bress ‘n’ Nyam includes excerpts from a collection of family letters dating back to the 1940s that document a wealth of hard-earned knowledge about what to plant and when, along with weather conditions and which crops provided best for the family.

“My great-grandmother would write to my nana about what they were taking to market, what they were planting,” Raiford told Bon Appétit. “I wanted to put our stories and our lived history in there. I wanted people to see our Blackness as our humanity.”

Bress ‘n’ Nyam celebrates this legacy, as does Raiford’s work each day at Gilliard Farms. By applying heritage-based techniques to his stewardship of familial lands, Raiford is regenerating soils, supporting health, and preserving culture for future generations.

And now, members of the Santa Cruz community will have a unique opportunity to learn from his work. Stacy Philpott, director of the Center for Agroecology and Sustainable Food Systems, said the center is proud to see Raiford return to campus.

“Matthew’s passion for growing, preparing, and providing food and his commitment to community really embody so much of what CASFS works for, and it is an honor to have him back to UC Santa Cruz,” Philpott said.

Be sure to reserve your ticket for Raiford’s August 25 book talk and signing event, which is called “The Legacy is in the Soil: An Evening with CheFarmer Matthew Raiford.” This event is hosted by CASFS and Bookshop Santa Cruz. The ticket package costs $45 and includes one ticket for entry and one copy of Bress ‘n’ Nyam. Full event details and registration information are available on the UC Santa Cruz events calendar. 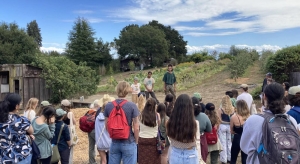 SANTA CRUZ, Calif. — A grant of more than $700,000 from the U.S. Department of Agriculture will support a University of California collaboration to improve and expand undergraduate education in organic agriculture, with an emphasis on supporting underrepresented students. The project will be led by UC Santa Cruz, in partnership with UC Berkeley, UC Davis, […] 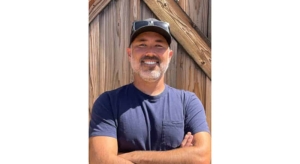 SANTA CRUZ, Calif. — This year UC Santa Cruz celebrates 55 years of national leadership in organic and sustainable agriculture, and the campus hub for those efforts, the Center for Agroecology, is gearing up to expand its impact even further. The center recently selected Executive Director Darryl Wong to provide administrative and strategic leadership […] 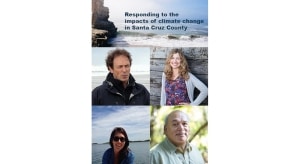 SANTA CRUZ, Calif. — The eighth annual Confronting Climate Change Conference at UC Santa Cruz will focus on the impacts of climate change on Santa Cruz County and the people who live, work, and play here. This year, the conference will explore climate change on a local level through three days of free events, April 21-23. […]