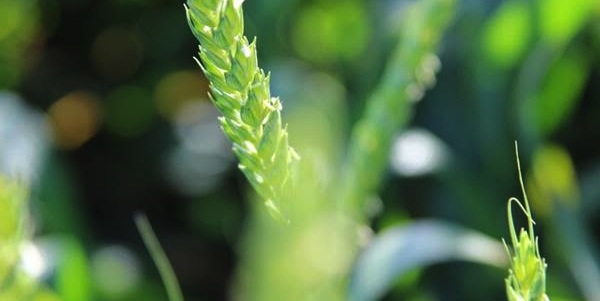 LOS ANGELES — A solution to help farmers to grow crops in dry areas or during stretches of drought may depend on breeding and cultivating plants that protect themselves with a thicker layer of leaf wax, a new study shows.

Sarah Feakins, a scientist at USC who has studied leaf wax in the context of climate change, teamed up recently with researchers at Texas A&M University to research and develop drought-resistant crops. During tests with growing winter wheat, a type harvested for yeast-based breads and other such products, the team found that the cultivars in a high and dry area of Texas generated more protective wax on their leaves as a measure to protect themselves against more extreme conditions.

The results mimicked what scientists have found in leaves in natural ecosystems: Those that survive in dry climates have higher concentrations of wax.

“Water conservation depends on innovation, and in this case, we are hoping to find one solution by identifying the traits in this important food crop that would enable the wheat plants to tolerate drought and still produce plenty for harvest,” said Feakins, a co-lead author of the study and an associate professor of earth sciences at the USC Dornsife College of Letters, Arts and Sciences.

The study was published in the journal Organic Geochemistry on Aug. 14.

All plants produce wax that helps their leaves repel water and shield the plant from insects and the elements, said Feakins, who has studied climate history of the Earth through the geochemistry of leaf wax in sediments.

Feakins said this latest study marks the first time she has applied her expertise to agricultural production. The United States is currently the top exporter of wheat in the world, according to the U.S. Department of Agriculture’s Economic Research Service. Winter wheat is largely grown for bread products and ingredients, such as all-purpose flour.

For the study, the researchers grew test plots of winter wheat in two different areas of Texas: the high plains of Amarillo and a farming area known as Winter Garden, Uvalde.

At each location, scientists grew 10 cultivars, or plant varieties, of winter wheat that received regular irrigation and another 10 cultivars that received 13 percent to 25 percent less irrigation. The team compared the leaf wax of all the plots to gauge their drought tolerance.

The plot set to receive 25 percent less irrigation in Winter Garden ended up receiving 13 percent less because of greater-than-expected rainfall. But a similar plot grown with 25 percent less water in the most arid area, Amarillo, generated 50 percent more paraffin on its leaves than the other cultivars in all the other plots, which enabled the plants to tolerate their dry conditions.

“We see a strong effect in the higher and drier location,” Feakins said. “We see the plants adapt to their environment and to better protect their leaves, allowing them to respond well to reduced irrigation.”

The lower available water was tracked through carbon isotopes in the plant leaves and in the waxes themselves, tools that are used to reconstruct climates of the past from ancient waxes in sediments.

Feakins said the team will next consider which of their cultivated wheat crop offers the best resilience and are able to generate high yields with low irrigation or precipitation.

The study was funded by grants from Texas A&M AgriLife Research and the Texas Wheat Producers Board.