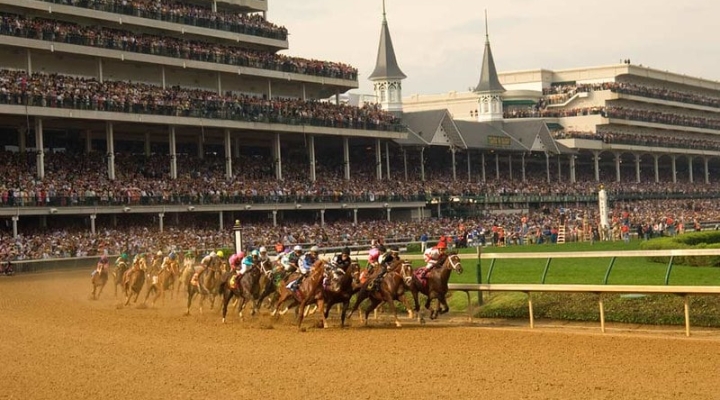 The annual 1.25-mile race for three-year-old thoroughbreds has been run every year since 1875 which gives it the distinction of being the longest running American sporting event. (Louisville Images via Flickr/Creative Commons)

GREENWICH, N.Y. — Have you ever wondered about the Kentucky Derby? Why is it so famous? What is it that gives it its appeal for people in the United States and across the world? This past weekend the 148th Kentucky Derby lived up to its billing as the “most exciting two minutes in sports” when Rich Strike came out of nowhere and won as the longshot in the race. The annual 1.25-mile race for three-year-old thoroughbreds has been run every year since 1875 which gives it the distinction of being the longest running American sporting event. Before looking ahead to the Preakness Stakes, take a few moments to look back on the event that has become an important institution in American sport and culture.

The beginnings of the Kentucky Derby are traced back to 1872 when Colonel Meriwether Lewis Clark (grandson of William Clark of the famous Lewis & Clark expedition) was traveling in Europe. While in England Clark attended the Epsom Derby, and afterward was inspired to create an American version of this English horse racing spectacle. In 1874 Clark and other horse racing owners and enthusiasts formed the Louisville Jockey Club to help raise funds for a permanent racetrack in Louisville, Kentucky. That same year Clark’s uncles, Henry and John Churchill, donated land that they owned as a site for the racetrack. After securing funding and construction, the racetrack was able to open and the first Kentucky Derby was run on May 17, 1875.

That first Derby was won by Aristides in a field of 15 three-year-old thoroughbreds racing for 10,000 spectators. As the race continued to gain popularity and more spectators came, the grandstand with its distinctive Twin Spires was built in 1894-1895. The Derby winners in 1913-1915 each made headlines for different reasons. In 1913 Donerail won with the biggest upset to date at the Derby winning the race at 91-1 odds. (Rich Strike is now the second biggest longshot to win at 80-1 odds). Old Rosebud, the 1914 winner, set a new track record that year. 1915’s race made history as Regret became the first filly to win the Derby. The publicity that these winners created helped solidify the Kentucky Derby as a premier sporting event in the U.S.

Despite the Great Depression and World War II, the Kentucky Derby was able to be contested each year in the 1930s and 1940s. In the 1930s the Derby was positioned as the first race of the Triple Crown and was scheduled for the first Saturday in May each year. The race’s appeal continued to spread during this time as it was broadcast internationally for the first time in 1932, and was locally telecast several years later in 1949.

The 1970s brought several memorable moments at the Derby, most notably Secretariat winning 1973’s race with fastest time ever recorded on the track. Secretariat’s time of 1:59.40 led him to victory at the Derby and he eventually went on to win the Triple Crown. The ‘70s brought other Triple Crown winners with Seattle Slew and Affirmed winning in consecutive years in 1977 and 1978.

As Saturday’s race showed, the Kentucky Derby has continued to produce excitement, emotion, and sometimes controversy in more recent years. In 2006 Barbaro caught the attention of fans after a dominant win in the Derby, and later won their affection and support after he sadly broke his leg competing in the Preakness Stakes. American Pharoah won in 2015 and would eventually go on to win the Triple Crown ending a 37-year drought of no Triple Crown winners. In 2019’s race winner Maximum Security was disqualified for an on-track infraction during the race giving Country House the win after an agonizing 22-minute review. Last year’s race made headlines as well as winner Medina Spirit was later disqualified for a drug violation.

While the horses are always the main attraction of the event, the Kentucky Derby has become known for other traditions as well. The crowd always sings “My Old Kentucky Home” prior to the race. Thousands of mint julips are consumed at each Derby. Formal spring fashions, most famously large and statement-making hats worn by the ladies, are a must if attending. Finally, a garland of roses is draped on the winning horse and rider at each Derby. The appeal of the Kentucky Derby attracts celebrities, politicians, dignitaries, royalty, athletes, and “laymen” of all kinds, so it is true that some say another tradition of the Derby is people watching!

*Author’s Note: All source material for this article come from the Kentucky Derby’s official website, www.kentuckyderby.com, and Wikipedia pages about specific races.