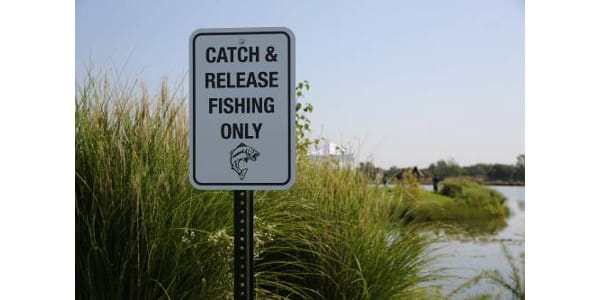 The idea behind FiCli began five years ago, as many members of the working group were part of a similar project led by Craig Paukert and his colleagues. The group has continued to have discussions related to inland fish – and have added members along the way, including Ralph Tingley, a postdoctoral fellow in the School of Natural Resources who works with Paukert. (Courtesy of Logan Jackson)

COLUMBIA, Mo. — Inland, or freshwater, fish carry considerable economical, recreational and cultural value across the globe. Those species, which include trout, crappie and catfish, among many others, provide critical ecosystem services to communities worldwide – and are vulnerable to the impacts of climate change.

A working group made up of researchers and scientists from the United States and Canada recently created an online database of academic papers related to the effects of climate change on inland fish.

“Our primary focus was to provide a database of peer-reviewed, published papers on the effects of climate change on inland fish,” said Craig Paukert, adjunct professor in the School of Natural Resources at the University of Missouri, unit leader of the Missouri Cooperative Fish and Wildlife Research Unit, and a member of the working group. “There is so much information out there, and our group wanted to provide a resource for managers and the public that is easily digestible.”

The Fish and Climate Change Database (FiCli) is a comprehensive and searchable database of peer-reviewed literature on how climate change has impacted and will continue to impact inland fish worldwide. The database includes numerous species, as well as geographical locations and habitats, among many other variables. The working group who compiled the database recently had their paper detailing the project published by Scientific Data.

“Local managers and fishermen need to have an understanding of how the changes in climate can affect various fish populations,” Paukert said. “They have to be prepared for a variety of scenarios.”

The idea behind FiCli began five years ago, as many members of the working group were part of a similar project led by Paukert and his colleagues. The group has continued to have discussions related to inland fish – and have added members along the way, including Ralph Tingley, a postdoctoral fellow in the School of Natural Resources who works with Paukert.

Tingley’s postdoctoral research centers on showcasing how valuable inland fish are, the costs to replace those fisheries if they decline because of climate change and how users may respond to change.

“Think about the walleye, which is an incredibly important fish in Minnesota and Wisconsin,” Paukert said. “If their population continues to dwindle, anglers won’t travel to the state and they won’t spend money in the state. That angler may not switch to another fish, either, so they stop buying fishing licenses. They may end up having to spend more money to travel further to fish for their favorite species. It’s a cascading effect.”

Tingley and Paukert are part of another working group called InFish, which works to raise awareness of the importance of inland fish globally.

“Inland fish are incredibly valuable in a variety of different ways,” Tingley said. “They can carry a societal value by supporting livelihoods and commercial income. Many also support subsistence fisheries, where fish are caught and consumed directly. There are also recreational and cultural values that are paramount here in the United States and other countries. I think we take it for granted that we can drive up to a lake and toss a line in. Fishing is a major pastime for so many families.

“Inland fish also support important ecosystem functions, such as breaking down materials and nutrient recycling. If we start to lose species that support these functions, everything is affected, from agriculture to water quality.”

Paukert added that these effects of climate change on valuable inland fishes and fisheries are not immediate, which is why it’s important to continually monitor changes – and learn from previous data.

“One of the biggest hurdles when you talk about climate change is the reliance on models,” Paukert said. “These models can predict how fish populations may change 50 years or more in the future. The exciting part of this database is that we have numerous publications that have conducted long-term monitoring in certain areas. Those show documented changes to inland fish and their habitat.”

Paukert said that the various fish species in Missouri are incredibly resilient. Still, those species will feel the stress of climate change.

“When it’s warmer, fish need to use more energy to live,” Paukert said. “A recent study showed that for every 1 degree Celsius increase in water temperature, smallmouth bass have to eat 27 percent more food. Yet, they only grow about 6 percent. So they’re eating much more food but not seeing as much growth. They will survive, but they may not do as well.

“Another consideration is during the spring, when many fish spawn. With the spring rain, migratory fish will move up the river. If the spring rain doesn’t come because of a drought, or if that rain comes earlier, it might mess with the species’ internal clock. They may move upstream in January instead of March to spawn, but the temperature won’t be right for hatching eggs.”

Warming temperatures won’t push species such as bluegills, crappies and catfish out of Missouri. However, those fish may face other problems. Extreme events, such as floods and droughts, can lead to a major disruption in fishes’ daily life.

“As we see an increase of floods and droughts, we could just be on the front edge of these changes,” Tingley said. “As we move forward, if these abnormalities become the new normal – what happens to our inland fish populations? That’s the big question we have to continue to pursue.”