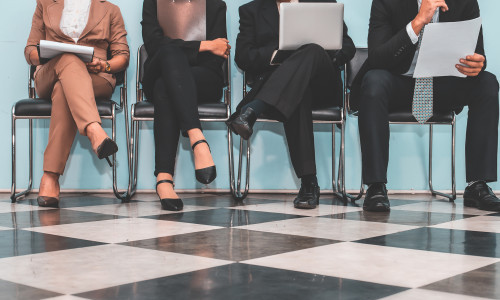 The state’s unemployment rate has rebounded from late spring’s rates, and it’s below the national rate. But, in July, Ohio’s jobless rate of 8.9% topped that of many nearby states. Keep that in perspective, said Mark Partridge, an economics professor with The Ohio State University College of Food, Agricultural, and Environmental Sciences (CFAES). (Getty Images)

COLUMBUS, Ohio — The news is mixed about the rate of Ohioans out of work.

The state’s unemployment rate has rebounded from late spring’s rates, and it’s below the national rate.

But, in July, Ohio’s jobless rate of 8.9% topped that of many nearby states. Across the Midwest, only one state had a higher rate than Ohio’s: Illinois.

Keep that in perspective, said Mark Partridge, an economics professor with The Ohio State University College of Food, Agricultural, and Environmental Sciences (CFAES).

During a recession, Ohio typically takes a bigger hit, he said.

“We’re actually doing relatively well compared to what we normally do,” Partridge said. “Usually we’re one of the worst in the country during a recession, and it often takes us a while to climb out of it.”

Partridge weighed in on the jobless rate in Ohio and his predictions for the end of the national recession.

Are a lot of Ohioans out of work?

Ohio’s July (seasonally adjusted) unemployment rate of 8.9% was slightly lower than the national rate of 10.2%. However, the state’s July rate is higher than that of all other states bordering us. Only Pennsylvania had a higher rate at 13.7%.

Within Ohio, the northwest part of the state is struggling most with unemployment. A lot of auto suppliers are located there, and there’s been a significant drop in demand for cars and other vehicles.

How much of a difference is Congress’ stimulus funding making for those out of work?

In the spring and early summer, the typical person was getting more on unemployment than what they were getting when they were working. Along with unemployment benefits, people were receiving an extra $600 a week, but that extra boost ended July 31.

Though Congress still has not agreed on a second stimulus package, President Trump approved a temporary $300 weekly supplement to those receiving unemployment pay.

What about the growth of new businesses in Ohio?

Ohio is near the bottom among states for new businesses growth. A century ago, we were the Silicon Valley of the world: We were producing a lot of new products — radios, cars, etc. Once you get good jobs in general, the culture of entrepreneurship is weakened. You tend to see less entrepreneurship, because in generation after generation, they had good jobs, so they didn’t need to start their own businesses.

What do you think will pull the nation out of the recession it’s in?

The United States has been in a recession since February as a result of the COVID-19 pandemic. Getting out of the recession depends on how the coronavirus progresses going forward as well as the type and timing of a second stimulus package that Congress might pass. Congress could not agree to a plan before it recessed for the summer in mid-August.

If we contain the virus, we’re probably going to keep making steady improvements in the unemployment rate by the end of the year. If the virus isn’t contained or Congress takes a while to pass another stimulus package, we’ll just be sputtering along. So, Ohioans need to be prepared that things could get worse again.