Home / Florida / The early bird gets…the truffle?
A new user experience is coming! We'll be asking you to login to your Morning Ag Clips account March 1st to access these new features.
We can't wait to share them with you! Read more here. 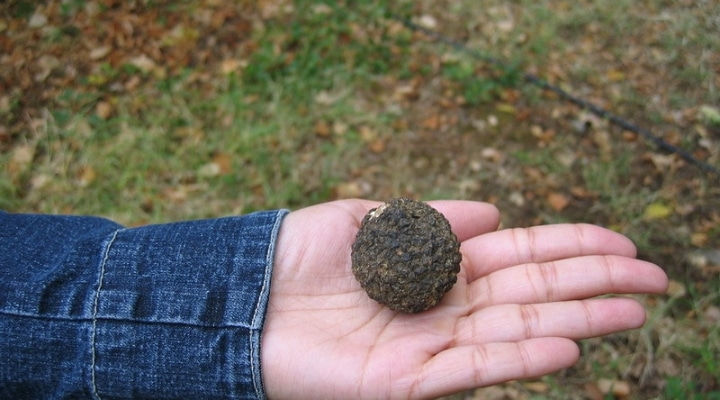 GAINESVILLE, Fla. — Humans like truffles, as do many mammals. Now new evidence suggests that birds may also seek out and disperse these ecologically important fungi.

A study conducted by University of Florida researchers found that two common ground-dwelling bird species in Patagonia regularly consume truffles and pass on viable truffle spores through their feces.

“Truffles are essentially mushrooms that grow underground. Unlike aboveground mushrooms, which release their spores into the air, truffles depend on animals consuming them to spread their spores,” said Matthew E. Smith, senior author on the study and an associate professor in the UF/IFAS plant pathology department.

“Previously, it was assumed that only mammals consumed and dispersed truffle spores, so our study is the first to document birds doing this as well,” said Marcos Caiafa, first author of the study, who recently received a doctorate in plant pathology from the UF/IFAS College of Agricultural and Life Sciences. Smith was Caiafa’s dissertation adviser.

The term “truffle” includes hundreds of species of underground fungi, only a few of which are the truffles people associate with high-end cuisine. While non-culinary truffles may not appeal to human foodies, each has evolved to attract different animals that can assist in its spread.

The spreading of truffle spores is an important part of a healthy forest ecosystem, Smith said, as many tree species have a symbiotic relationship with truffles, which colonize the roots of the trees.

“These fungi form mycorrhizas, a relationship whereby the fungus helps the plant take up nutrients in exchange for sugars from the plant,” explained Caiafa, who is now a postdoctoral researcher at the University of California, Riverside.

The bird species they studied — chucao tapaculos and black-throated huet-huets — not only eat truffles but appear to search them out specifically. In the past these birds were known to eat invertebrates, seeds and fruits, but their consumption of fungi was not previously documented, the researchers said.

“The questions about birds and truffles emerged during an earlier research project in Patagonia. We are working in the forest, raking the soil and digging up the truffles, and we notice these birds keep following us around and checking out the areas where we had disturbed the soil. Then we find truffles with chunks pecked out of them. Marcos even saw a bird eat a truffle right in front of him. All of this led us to ask, are these birds hunting for truffles?” Smith said.

To confirm this hypothesis, the research team collected the droppings of chucao tapaculos and black-throated huet-huets and tested them for truffle DNA. They found truffle DNA in 42% of chucao tupaculo and 38% of huet-huet feces. They also used a special microscope technique, fluorescent microscopy, to confirm that the spores in the feces were viable, suggesting that the birds are spreading truffles to new areas.

“DNA-based diet analysis is exciting because it provides new insights into interactions between organisms that would otherwise be difficult to directly observe,” said Michelle Jusino, one of the study’s co-authors and a former postdoctoral researcher in Smith’s lab.

“And, because sampling feces does not negatively impact the target species, I think these methods are invaluable for studying and protecting both common and rare species in the future,” said Jusino, who is now a research biologist with the U.S. Forest Service Northern Research Station’s Center for Forest Mycology Research.

The study’s authors think that some truffles in Patagonia may have evolved to attract birds.

“Some of truffles that the birds eat are brightly colored and resemble local berries. Our future research may look to see if there is an evolutionary adaptation there — that the truffles have evolved to look more like the berries that the birds also eat,” Smith said.

The study was supported by a National Geographic Explorer Grant and a grant from the National Science Foundation. The paper is published in the journal “Current Biology.”