Home / National / The contemporary role of agricultural heritage
A new user experience is coming! We'll be asking you to login to your Morning Ag Clips account March 1st to access these new features.
We can't wait to share them with you! Read more here. 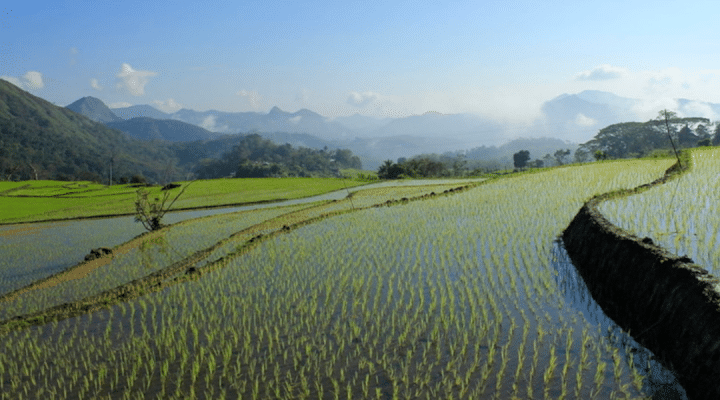 The ancient Ifugao terraces are a remarkable agricultural farming system which has produced rice organically for over 2 000 years! (©FAO/Lena Gubler)

ROME — This idea of ‘transforming’ our food systems for a modern world — one increasingly challenged by climate change and with an ever-growing population — is a hot topic. But what does it really mean? Well, at the centre of this transformation, there needs to be a systemic change from largely unsustainable agri-food production systems which overexploit natural resources to a system that protects the environment, increases food security and nutrition and raises incomes for farmers and others in the value chain.

A lot can be learned from tried and trusted farming methods like those used in Globally Important Agricultural Heritage Systems (GIAHS). The GIAHS programme recognises agroecosystems where communities live in an intricate relationship with their territories. These evolving agricultural systems are resilient and built on traditional knowledge and invaluable cultural values. Agrobiodiversity and landscapes at these sites are sustainably managed by farmers, herders, fisherfolk and forest people in ways that also contribute to their livelihoods and food security.

In the ten years since its launch, here is how the GIAHS initiative has transformed agri-food systems in five countries:

Ifugao is a 2 000-year-old system of irrigated rice terraces in the Philippines’ Cordillera mountains. Carved by hand by the ancestors of the Tuwali indigenous peoples, these terraces follow the contours of the mountains and feature an elaborate irrigation system. Built without the aid of modern tools, Ifugao is considered an engineering marvel of the old world. The Tuwali indigenous peoples are the primary caretakers of these terraces, which beautifully demonstrate how local communities adapt to their environments.

In 2016, five years after Ifaugao’s GIAHS designation, FAO and partners implemented a project to improve upon the system and balance conservation with sustainable use of the area’s agrobiodiversity. The project helped farmers cultivate high-value crops such as taro, yam, sweet potato, eggplant and ginger. With machineries and equipment provided by the project, farmers are now producing cookies, bars, wine, taro chips, ginger candy and herbal teas that are labelled with information about the GIAHS site. This postharvest production has provided better income and more livelihood opportunities for farmers.

The Noto peninsula is a microcosm of traditional rural Japan, where mountains, forests and coastal areas are all interlinked in one incredible agricultural system. The peninsula is characterised by a mosaic of satoyama, terrestrial-aquatic ecosystems, and satoumi, marine-coastal ecosystems. Traditional methods of farming, fishing and managing forests and water have sustainably maintained the area’s landscapes for centuries.

Since its GIAHS designation 10 years ago, the Noto peninsula has reinforced its management and protection of the area. There is now an executive committee of local cities, prefectures, commerce, industry, tourism organizations and cooperatives that work together to promote and preserve the area’s agricultural heritage.

The Ishikawa prefecture, in cooperation with financial institutions, has invested in promoting local food products and tourism. It helped create a certification system to assure the origin of local products and promote agricultural products from the Noto region, increasing incomes for farmers.

Located in northern China, the Aohan Dryland Farming System combines farming, forestry and animal husbandry. Some of the region’s wide variety of crops date back to over 8 000 years ago. As such, customs, skills and experience in unique, dryland farming have been passed down over the years. Traditionally, different crops are interplanted, rotating between arable crops and soil-improving crops

Ever since the Aohan system was recognised as a GIAHS, it has built a brand for the area’s most popular crop, millet, through TV announcements, advertisements and promotion from large companies, increasing sales significantly.

The 350-kilometre-long Cusco – Puno corridor in Peru’s Andean mountains is home to thousands of indigenous Quechua and Aymara farmers, who manage the land using traditional agricultural practices, knowledge and cultural rites passed down from their ancestors. The families in the area have established and maintained terraces, local irrigation systems and agricultural systems adapted to different altitudes.

Since this corridor’s GIAHS designation, the Peruvian Ministry of Agriculture has approved a decree that established ‘agrobiodiversity zones’ around the country to increase the value of agro-biodiversity and recognise the farming and indigenous communities who preserve native species and wild relatives of maize, potatoes, quinoa and beans, amongst others. Currently, FAO is implementing a GEF-funded project as a follow up to the GIAHS recognition, with the aim of aiding communities in preserving agrobiodiversity through sustainable management, marketing opportunities and conservation.

The Ghout oasis system in the Souf region of southeast Algeria was originally designed in the 15th century. It involves the planting of date palms in craters or basins, called ghout. In a desert environment where most life struggles to grow, the ghout help date palms thrive. In this system, the palms are also protected from climatic hazards thanks to the high walls of the ghout. There is no need for an irrigation system because roots go in search of water deep under the earth.

Over the last 10 years, the GIAHS has programme has worked with partners to create income-generating activities for communities in this area and safeguard local biodiversity. For example, one community received date palm cultivars that were close to dying out in the area and took on the task of replanting them. In addition, a particular local breed of pigeons has been introduced into the area to ensure they don’t go extinct.

Over the past ten years, the GIAHS programme has boosted livelihoods, protected biodiversity and celebrated traditional methods of agriculture across dozens of countries. These sites hold wisdom untold. Perhaps modern solutions to transforming agri-food systems are actually traditional ones.