Home / Indiana / The complicated world of cross-pollination
A new user experience is coming! We'll be asking you to login to your Morning Ag Clips account March 1st to access these new features.
We can't wait to share them with you! Read more here. 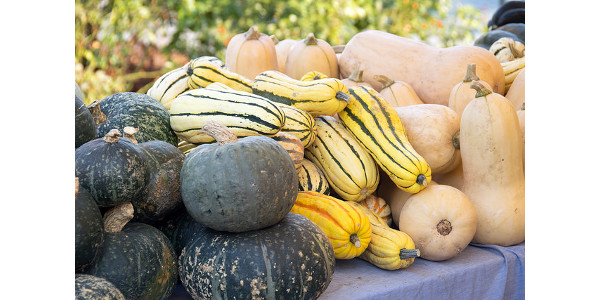 The cucurbit family of plants (Cucurbitacae) is a very large family of plants, with 95 named genus and 965 known species within those genera. As the science of genetics gets more sophisticated, we are learning that some of the species we thought are closely related are not, so the categories the various plants fit into has been changing frequently.  As you will see, the categorizing of the plants in the family can be quite complicated, but it is necessary to understand how the various plants fit into the family to know what can cross with what!

Most of the Cucurbitae family of plants that humans cultivate come from 3 genera: Cucurbita, Citrillus, and Cucumis.  Focusing on the Cucurbita genus, there 4 groups of primary interest:

To add to the confusion, gourds, a general term used to describe many of the hard-shelled fruit in the Cucurbita genus, may be members of the maxima, argyrosperma and moschato species.   Yes, it is complicated!

When these cross-species pollinations occur within the Cucurbitae genus, it does not affect the taste or shape of this year’s fruit!  The seeds within the cross-pollinated plants, if left in the garden or saved as seed, may sprout next season, and that is when the newly combined genetics will show themselves with weird shapes, warts on the fruit, or odd color patterns.  Rarely do these plants produce something that is enjoyable to eat, but they can be interesting to look at and speculate about.

There are several popular members of the cucurbit family I have not covered yet.  Watermelon are in the Citrillus genus, and they do not readily cross with others in the family.

To sum it all up, if a bee carries pollen from a muskmelon to a honeydew melon, the result will be a perfectly normal looking and normal tasting honeydew melon. If you were to save the seeds from the crossed melon, and plant those seeds, the result would be neither a honeydew nor a muskmelon, but a new melon that has a million to one shot at tasting good. This is why saving seed from hybrid varieties is not recommended.