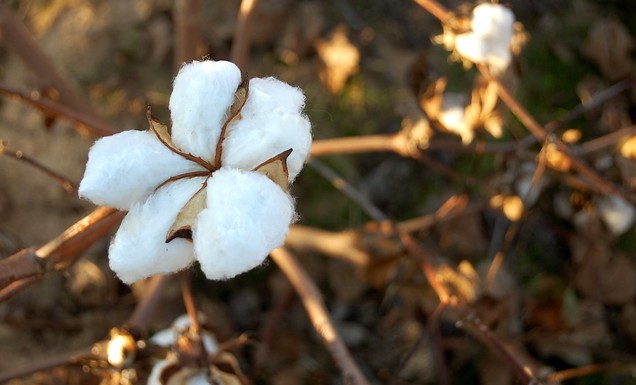 In a recent study, researchers based at Mississippi State University set out to determine the most effective management approach that would maintain economical cotton yield and reduce losses that result from the reniform nematode. (Edgar Pierce, Flickr/Creative Commons)

WASHINGTON — While there are many pests affecting cotton, the reniform nematode is one the most damaging, with the ability to cause annual losses of approximately $33 million within the Mid-Southern United States. Farmers struggle to manage this pest as commercially available resistance is not widespread and a limited number of products are commercially available for use in suppressing the reniform nematode.

The reniform nematode is prevalent in Mississippi, especially in fields with silt loam soil classes, where current management plans involve a carousel of strategies, including rotation, seed-applied nematicides, in-furrow nematicides that are difficult to obtain, or the costly application of an in-furrow fumigant. Cotton farmers who rely on income from farming may find themselves in a situation where reniform nematode management costs outweigh the money earned from cotton sales.

In a recent study, researchers based at Mississippi State University set out to determine the most effective management approach that would maintain economical cotton yield and reduce losses that result from the reniform nematode. Their research made comparisons between either seed-applied nematicides, in-furrow nematicides, or a soil fumigant application. The research also explored integrated forms of management and considered how seed-applied nematicides and in-furrow nematicides worked together.

“We determined that seed-applied nematicides were better than the base fungicide seed treatment package without nematicide, but that one seed applied nematicide in particular coupled with an in-furrow nematicide produced yield that was almost equal to the in-furrow soil fumigant,” explained Tom Allen, who works out of the Delta Research and Extension Center in Stoneville, Mississippi. “We also determined that even when adding multiple nematode-related treatments together that cotton yield could be improved and still remain economically advantageous.”

However, in situations where the in-furrow fumigant was used, production costs were deemed too expensive and risk-averse. According to Allen, “The biggest takeaway is that, in situations with reniform nematode pressure above the economic threshold, cotton farmers can economically manage the nematode with an in-furrow nematicide to reduce early-season threats from the nematode.”