Home / California / The best strawberries to grow in hot locations 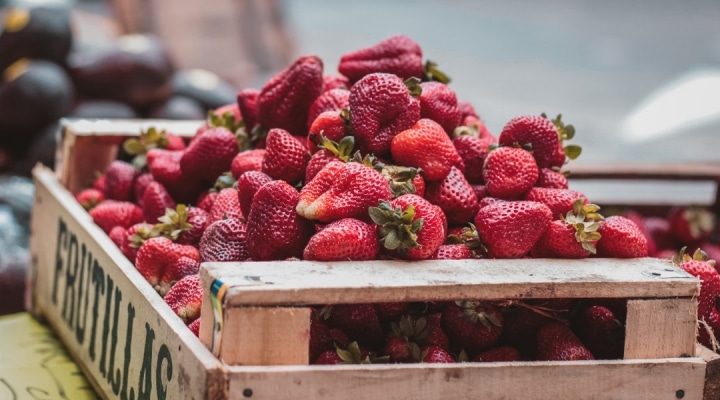 With the expansion of local farmer's markets and people's excitement about fresh berries, growers in other states are trying to increase production. (Stock photo by Johnny Martínez on Unsplash)

WASHINGTON — It’s strawberry season in many parts of the U.S, and supermarkets are teeming with these fresh heart-shaped treats. Although the bright red, juicy fruit can grow almost anywhere with lots of sunlight, production in some hot, dry regions is a challenge. Now, researchers reporting in ACS’ Journal of Agricultural Food and Chemistry have identified five cultivars that are best suited for this climate, which could help farmers and consumers get the most fragrant, sweetest berries.

Most strawberries commercially grown in the U.S. come from California and Florida. With the expansion of local farmer’s markets and people’s excitement about fresh berries, growers in other states are trying to increase production. In Texas, for example, current commercial operations grow a few of the “day-neutral” and “spring-bearing” varieties that have a potentially high fruit output. But there are hundreds of options, including some that are more heat tolerant, and many factors to consider when choosing cultivars to grow that will produce strawberries appealing to consumers. So, Xiaofen Du and colleagues wanted to determine which ones grow well in Texas’ semi-arid, hot environment and have the most desirable berry characteristics — information that could help growers in similar climates.

The researchers grew 10 common strawberry cultivars in northwest Texas, comparing seven spring-bearing and three day-neutral varieties. First, they monitored plant growth and yields and found eight of the cultivars had plant survival rates of more than 96% before the first harvest. Overall, the day-neutral varieties had the lowest total berry weight per plant. Then, the team measured ripe berries’ characteristics, including color, sugar content, acidity and aroma compounds. Their results showed red intensity was not linked to berry sweetness; in fact, the redder varieties had more citric acid, which made them taste more sour than sweet. Taste tests on berry purees showed that desirable flavors were related to the varieties’ sugar content and 20 aroma compounds. Perhaps surprisingly, tasters ranked the two varieties that grew the fewest and smallest fruits as having the most intense flavors. The researchers concluded that five cultivars — Albion, Sweet Charlie, Camarosa, Camino Real and Chandler — can grow well in Texas’ climate and have the best flavor and aroma.