Subscribe
Home / Michigan / The beauty of the dark night skies 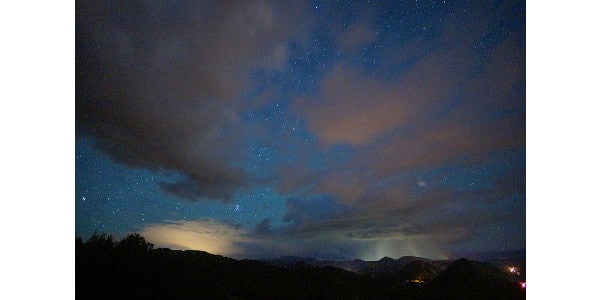 Did you know that light pollution can affect wildlife, particularly birds, bats, and pollinating insects that fly at night? (Mike Lewinski via Flickr)

PAW PAW, Mich. — Did you know that light pollution can affect wildlife, particularly birds, bats, and pollinating insects that fly at night? Light pollution can also impact human circadian rhythms. In addition to affecting physiological traits, it is estimated that 80% of the developed world is no longer able to see the majesty of the Milky Way. Over the past 100 years, dark skies have been increasingly impacted by the brightness of artificial commercial and residential lighting, road signs, street lamps, and even the appearance of orbiting satellites. Ways to address this negative impact include creation of dark sky parks and light pollution zoning.

Join Robert Parrish, Michiana Astronomical Society, and learn about the impact that light pollution has on the night skies and environment at the Van Buren Voyagers 4-H meeting on March 17, 2020, from 6:30 p.m. to 7:30 p.m. at the Paw Paw Conservation Club, 56222 30th Street, Paw Paw.

How to identify and manage liverwort