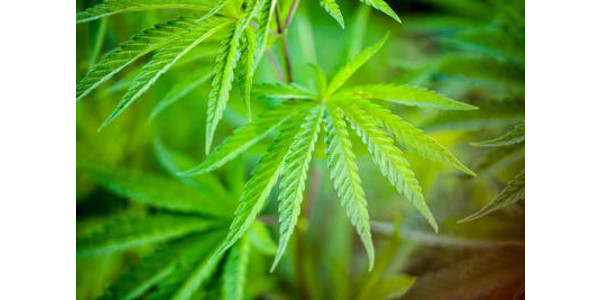 COLUMBUS, Ohio — Now that farmers are preparing to get back in the fields, our presentation season is winding down.  We wanted to take a moment and thank everyone who came to hear us speak at an event this year.  While it does make us a little sad that we don’t have as many presentations coming up, that just means we have more time to keep up with agricultural law news and to do some writing.  With that said, here’s our latest gathering of agricultural law news that you may want to know:

Hemp bill passes Ohio Senate, moves to the Ohio House.  A bill to decriminalize hemp and create a regulatory system for hemp cultivation continues to move through the Ohio General Assembly.  Last week, after the Ohio Senate Agriculture and Natural Resources Committee voted in favor of Senate Bill 57, the bill passed in the Senate by a vote of 30-0.  Now the bill moves on to the Ohio House of Representatives for further consideration.  We have talked about the bill in a previous blog post, but the version that passed the Senate did make some changes.  In addition to the Hemp Program Fund included in the original bill, the new version would also create a Hemp Marketing Program that would impose a .5% levy on hemp producers in order to promote the sale and use of hemp products.  The bill analysis explains that this would be similar to the existing marketing programs for grain and soybeans.  For more information on the bill as passed by the Senate, click HERE to visit the Ohio General Assembly’s website.

Ohio Attorney General Yost asks to join in the Lake Erie Bill of Rights lawsuit.  Last Friday, the Ohio Attorney General filed a motion in the Drewes Farm Partnership v. City of Toledo case seeking to intervene as a plaintiff alongside the Drewes Farm Partnership.  The motion, available HERE, argues that the state of Ohio has a significant interest in the protection of Lake Erie, along with a significant interest in supporting Ohio’s agricultural, environmental, and natural resources laws.  The motion further argues that Toledo’s LEBOR charter amendment contradicts Ohio’s “multi-faceted statutory, regulatory, and civil and criminal enforcement programs that control water pollution,” along with the Ohio Constitution’s limitations on municipal authority.  Prior to this motion to intervene, we had not seen an official statement or action by the State of Ohio regarding LEBOR, and this motion demonstrates that the state believes that LEBOR infringes on its rights.

Attorney Denise Martin assumes role of Chief Legal Counsel at the Ohio Department of Agriculture.  As Chief Legal Counsel, Ms. Martin will oversee the finalization and enforcement of rules created by the Ohio Department of Agriculture.  Her office is staffed by a number of in-house attorneys who work closely with the agency’s various divisions in the rulemaking process.  Additionally, Ms. Martin will be responsible for advising Director Pelanda and other agency officials on legal matters.  Prior to assuming this role, Ms. Martin served as the Court Administrator for the Delaware County Domestic Relations Court.  She also served as an Assistant Prosecutor in Marion County where she prosecuted a variety of felony crimes.  She obtained her law degree from Capital University Law School, went to the Ohio State University for undergrad, and graduated from Mt. Gilead High School.  Her official biography is available on the Ohio Department of Agriculture’s website HERE.

USDA and FDA meet in the middle on regulating cell cultured meat.  Whenever a new technology arrives in a regulated industry, the legal rules often take some time to catch up.  That is certainly true for the cell cultured meat industry, or whatever name you prefer for the new lab grown proteins.  Given the unique nature of the industry, there were questions about which agency should lead the federal regulatory effort, namely the U.S. Department of Agriculture’s Food Safety and Inspection Service (FSIS) or the U.S. Department of Health and Human Service’s Food and Drug Administration (FDA).  In March, the two agencies released a formal agreement that outlines a division of labor between the two.  The agreement lists a number of regulations that each agency will oversee, with the FDA largely overseeing the pre-“harvest” stages and FSIS taking over post-“harvest” when the cell-cultured meat is essentially ready to process.  Both agencies will be responsible for developing joint labeling standards, and both will have inspection authority.  The agencies expect to develop a more thorough joint framework or standard operating procedure in the future.  To view the formal agreement, click HERE.

USDA’s NRCS seeks public input on conservation programming.  As a result of the 2018 Farm Bill, the USDA’s Natural Resources Conservation Service (NRCS) is seeking comment about its existing national conservation practice standards in order to refine and enhance its programming.  According to a news release, NRCS offers over 150 conservation practices to farmers, ranchers, and forest landowners.  Many NRCS support programs offer cost sharing incentives, such as the Environmental Quality Incentives Program and Conservation Stewardship Program.  The public has until April 25, 2019 to submit comments, which can be submitted online in the Federal Register.

ODNR seeks public input on proposed rules regarding brine disposal fees.  The Ohio Department of Natural Resources Division of Oil and Gas Resources Management (DOGRM) is seeking comment regarding draft rules that would establish requirements and procedures for annual brine disposal fees.  The rules would require each owner of a Class II disposal well to submit an annual fee by a set date and using a standard form created by DOGRM.  As part of the rulemaking process, DOGRM will accept public comments about the draft rules until close of business on Friday, April 12, 2019.  For more information about the draft rule, or to submit a comment, visit DOGRM’s website HERE.

For plenty of fruit, be sure to prune fruit trees