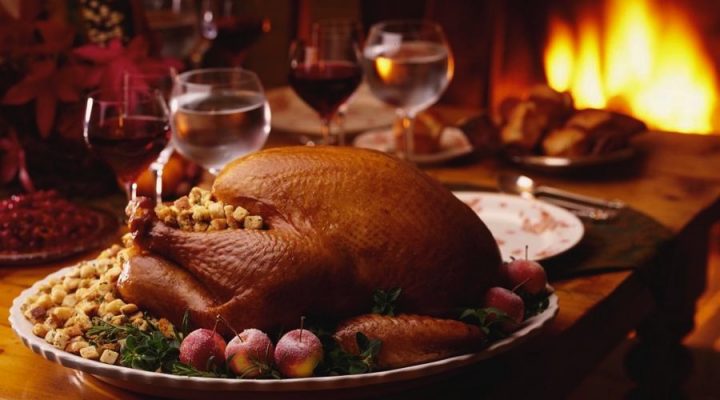 INDIANAPOLIS — Hoosiers will pay significantly more for their Thanksgiving meal this year, when comparing prices to 2016, according to Indiana Farm Bureau’s annual Thanksgiving market basket survey. The average cost for a Thanksgiving dinner for 10 this year, including 12 traditional food items, is $50.88 or approximately $5.08 per person.

The INFB Thanksgiving market basket survey was conducted by 37 volunteer shoppers across the state who collected prices on specific food items from one of their local grocery stores. Volunteer shoppers are asked to look for the best possible prices, without taking advantage of special promotional coupons or purchase deals.

The market basket price of $50.88 includes a 16-pound turkey, the ingredients for stuffing and a pumpkin pie, sweet potatoes, rolls, peas, a carrot and celery veggie tray, whole milk, cranberries and miscellaneous baking items such as eggs, sugar and butter.

While some items on the holiday shopping list declined in cost, the main factor in the overall price increase was the 16-pound turkey, being the most expensive item on the list, which increased 15 percent, or just over $3, this year. Stuffing, pumpkin pie filling and the veggie tray also saw significant increases in price.

“Despite the modest increase in Indiana, consumers continue to see affordable prices for turkey this year, due to its large inventory across the country,” said Isabella Chism, INFB’s second vice president and chair of the Women’s Leadership Committee. “Indiana has a lot to do with that, since our state ranks fourth in the nation in turkey production. Turkeys also consume about 15 percent of all soybean meal fed to livestock in Indiana, so they’re great for our state’s economy.”

The items that Indiana shoppers can expect to pay less for this year include rolls, peas, whipping cream and pie shells. The price for whole milk and cranberries remained relatively unchanged.

INFB’s survey is part of a national survey coordinated annually by the American Farm Bureau Federation. A total of 141 volunteer shoppers in 39 states participated this year. While Indiana’s average meal price increased this year, the national average meal cost decreased. The national meal average is $49.12 which is approximately 3 percent less than this year’s Indiana average.

“For the second consecutive year, the [national] cost of Thanksgiving dinner has declined,” AFBF director of market intelligence Dr. John Newton said. “Even as America’s family farmers and ranchers continue to face economic challenges, they remain committed to providing a safe, abundant and affordable food supply for consumers at Thanksgiving and throughout the year.”

Shoppers with an eye for bargains in all areas of the country should be able to purchase individual menu items at prices comparable to the Farm Bureau survey averages. Another option for busy families without a lot of time to cook, such as the many farmers still completing this year’s harvest, is ready-to-eat Thanksgiving meals for up to 10 people, with all the trimmings, which are available at many supermarkets for around $50 to $75.

“As a member of an Indiana farm family, I am honored to help produce the food that families gather around for Thanksgiving celebrations each year,” said Chism, who farms in Howard County.