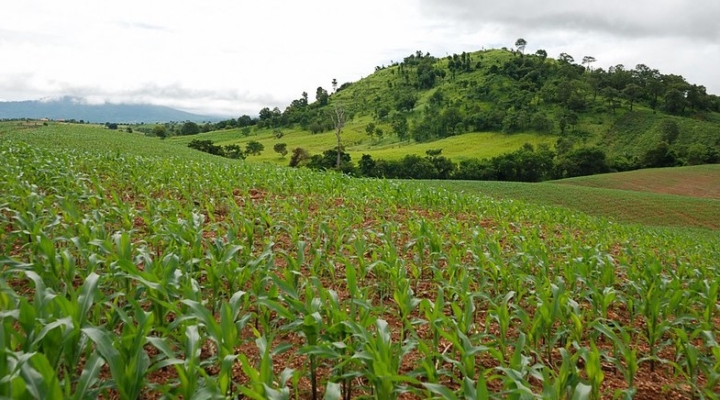 The ban, proposed by the Agriculture Ministry, had met with strong opposition from some farmers groups and academics, who argued that the chemicals were not unacceptably dangerous and banning their use would drive up farmers' costs significantly. (Theerawat Sangprakarn, Flickr/Creative Commons)

The government’s National Hazardous Substances Committee voted to put the herbicides paraquat and glyphosate and the insecticide chlorpyrifos in the category of banned chemicals, automatically barring their use under existing law.

The ban takes effect Dec. 1. Industry Ministry Deputy Permanent Panuwat Triyangkulsri said the Agriculture Ministry would establish what to do with remaining stocks of the chemicals, taking into consideration the effects on farmers and sellers.

The ban, proposed by the Agriculture Ministry, had met with strong opposition from some farmers groups and academics, who argued that the chemicals were not unacceptably dangerous and banning their use would drive up farmers’ costs significantly.

Deputy Prime Minister and Minister of Public Health Anutin Charnvirakul, who took office in July with the installation of a newly elected government, had said earlier this month he would resign if the chemicals were not banned.

Prokchol Ousap, coordinator of the Thailand Pesticide Alert Network, said that Tuesday’s passage of the ban hinged on political support that was a reflection of public sentiment. She said that bipartisan support for studying the potential problems of the chemicals was crucial, as well as a rare example of an issue all sides could agree on. The network campaigned for banning the chemicals, publicizing studies that found residues of the chemicals on fruits and vegetable sold to consumers.

The use of paraquat, especially, has been sharply debated worldwide. Farm workers are at particular risk from the toxic chemical, which can cause immediate death through ingestion as well as chronic health problems from other contact.

The European Union has banned its use, but it is still popular in many countries. In Southeast Asia, paraquat was banned by Vietnam in 2017, and Malaysia in March announced a total ban on paraquat starting Jan. 1 next year.

The herbicide brand Roundup, which has glyphosate as its active ingredient, has recently been in the news because of lawsuits from thousands of plaintiffs in the United States contending it causes cancer. Bayer, the German chemical company that owns the brand, says studies have established that the weed killer is safe, but several U.S. courts have ruled otherwise.

In August, however, the U.S. Environmental Protection Agency said it would no longer approve labels warning glyphosate is known to cause cancer. It acted after California required warning labels on glyphosate products because the International Agency for Research on Cancer has said it is “probably carcinogenic.” The EPA disagreed, saying its own research showed the chemical poses no risks to public health.

In September, Germany announced plans to ban the use of glyphosate over concerns it is leading to a decline of bees and other insects, upsetting the balance of nature with effects that include hindering the pollination of food crops.

Germany’s Cabinet agreed to start phasing out glyphosate next year and ban all use in Germany by the end of 2023.

Similar actions against the chemicals have been launched in Austria and France.

Cover your ground, for your plants' sake