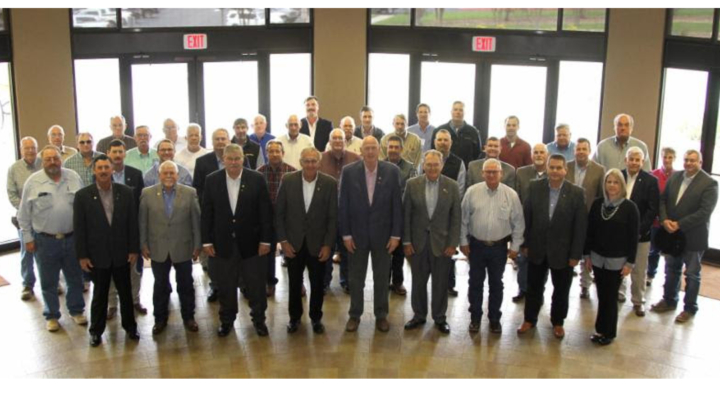 The committee, comprised of 41 TFB members representing Texas agriculture, spent two days reviewing, deliberating and consolidating more than 250 resolutions to both state and national policies proposed by county Farm Bureaus from across the state.

The policy recommendations will be considered during the organization’s 85th annual meeting Dec. 1-3 in Corpus Christi.

During the two-day meeting, support was reaffirmed for eminent domain reform in Texas.

“About 95 percent of the land in Texas is privately owned, and it’s a prime target for new development,” TFB Vice President and Committee Chairman Mark Chamblee said. “Fairness and transparency in eminent domain are even more important for private property owners as Texas continues to grow at a rapid pace.”

Eminent domain reform was unsuccessful in the 2017 state legislative session, and it remains a priority for the organization.

Other issues—such as feral hogs, transportation and food labels—included both state and national resolutions.

County Farm Bureaus submitted resolutions in support of all legal methods to control feral hogs, including the use of approved chemical baits, at both the state and national level.

“Road safety and the safety of agricultural haulers and the goods they’re transporting are of the utmost importance,” Chamblee said. “ELDs, however, can do more harm than good when it comes to agriculture.”

Resolutions proposed opposition to federally-mandated ELD regulations, citing the lack of flexibility and increased limitations to get farm products to their destinations.

Chamblee noted current federal legislation, if passed, could offer temporary relief for livestock, bee and fish haulers across the nation.

Food labels continue to be on the minds of both consumers and farmers and ranchers. Committee members sifted through resolutions submitted by county Farm Bureaus that discussed accurate labeling of meat and dairy products.

Those policy resolutions proposed support to exclude cultured or plant-based protein products from being called “meat.”

“Relaxed labeling standards for meat and substitute products lead to false and misleading marketing tactics,” Chamblee said. “That negatively impacts traditional farmers and ranchers and leads to confusion for consumers.”

County Farm Bureaus also favored a national resolution that supports the U.S. Department of Agriculture, rather than the U.S. Food and Drug Administration, regulating labels and food safety for cultured tissue or manufactured plant-based imitations to meat or dairy products.

The policy recommendations will be considered during the organization’s 85th annual meeting Dec. 1-3 in Corpus Christi.

Resolutions approved by AFBF delegates in January provide a roadmap for the national organization.

Members to be sworn in at Peanut Board Meeting