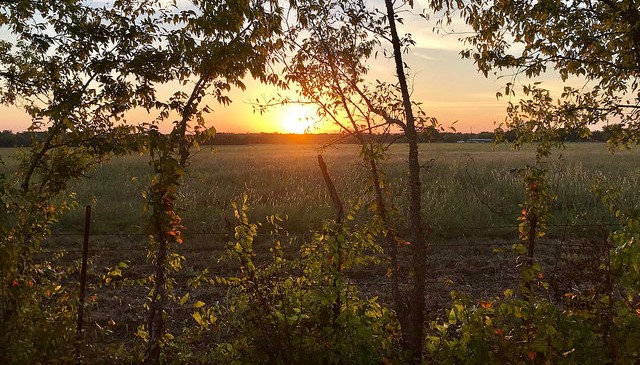 The proposed rule defines what lands are federally protected and what areas fall under state jurisdiction while adhering to EPA’s statutory limits of authority in line with the late Justice Antonin Scalia’s Rapanos opinion. (daveynin, Flickr/Creative Commons)

WACO, Texas — There’s good news for the nation’s farmers, ranchers and landowners. On Tuesday, the Environmental Protection Agency (EPA) unveiled its proposed replacement for the embattled Waters of the U.S. (WOTUS) rule.

The move drew support from the state’s largest farm and ranch organization.

“This is about clean water and clear rules,” Texas Farm Bureau (TFB) President Russell Boening said. “The 2015 WOTUS rule created too much uncertainty for American farmers and ranchers. It made it difficult for landowners to discern what practices were and were not allowed and which areas fell under state or federal jurisdiction. The fear of thousands of dollars in fines for simply working your land was too great. We’re pleased EPA is moving forward to provide the much needed clarity while also protecting our precious natural resources.”

Under the 2015 rule, landowners would need to apply for a federal permit to plant, move dirt and other practices on land containing low-lying areas or waterways.

“They claimed it was in the interest of water quality but was really about power—power in the hands of the federal government over landowners,” EPA Acting Administrator Wheeler told TFB.

The proposed rule defines what lands are federally protected and what areas fall under state jurisdiction while adhering to EPA’s statutory limits of authority in line with the late Justice Antonin Scalia’s Rapanos opinion.

The new rule includes six categories of waters that should be considered a Water of the U.S. under the Clean Water Act.

The proposal also details waters that are not Waters of the U.S.

They include: features that only contain water during or response to a rainfall; groundwater, which is never supposed to be included; most ditches, including most roadside or farm ditches; prior converted cropland would be out; as would storm water control features; and wastewater and waste treatment systems.

The proposed rule is available on EPA.gov.

A notice of the proposed rule will be published in the Federal Register, giving individuals and organizations 60 days to comment.