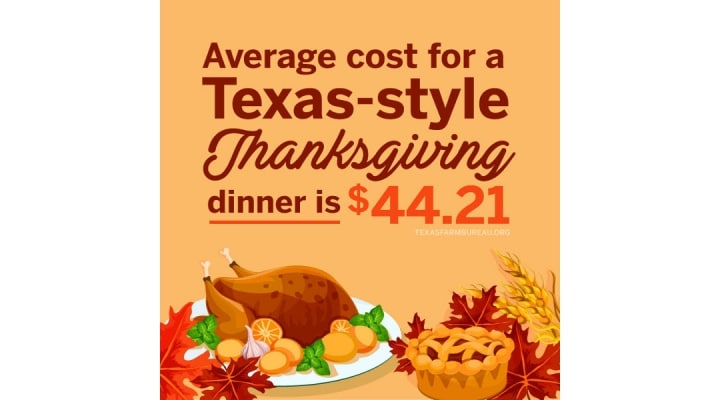 WACO, Texas — A traditional, Texas-style Thanksgiving dinner for 10 will cost $44.21, down $3.80, according to the special Texas Farm Bureau (TFB) Thanksgiving Meal Report.

“Many Texas families continue to struggle with the economic impacts of the ongoing coronavirus pandemic, but there is some good news for shoppers this Thanksgiving,” TFB President Russell Boening said. “Prices have decreased this year for many of the items Texans enjoy during their Thanksgiving meal.”

The featured food on most Thanksgiving tables—the turkey—cost an average of $16.48 compared to $19.36 last year. This is a decrease of about 15 percent.

Although turkey supplies are tighter this year due to COVID-19, retailers often discount whole turkeys to encourage shoppers to buy the entire traditional holiday meal from the store.

Items showing the largest decreases this year, in addition to the turkey, were fresh sweet potatoes, $2.88; rolls, $1.99 per package; and whipping cream, $1.42.

Prices dropped in large part due to decreased purchases in the restaurant industry during the ongoing pandemic restrictions and shelter-in-place orders. The food production side has recovered, but there is still a bottleneck to sell products due to restaurant dining capacity limitations.

Prices for shelled and halved pecans saw an increase this year. Demand for pecans for holiday baking may have contributed to the higher retail price for the shelled product reported by Texas volunteer shoppers.

Adding these foods to the Thanksgiving menu increases the overall cost to $74.10.

TFB has released its informal Thanksgiving Meal Report survey since 2009. 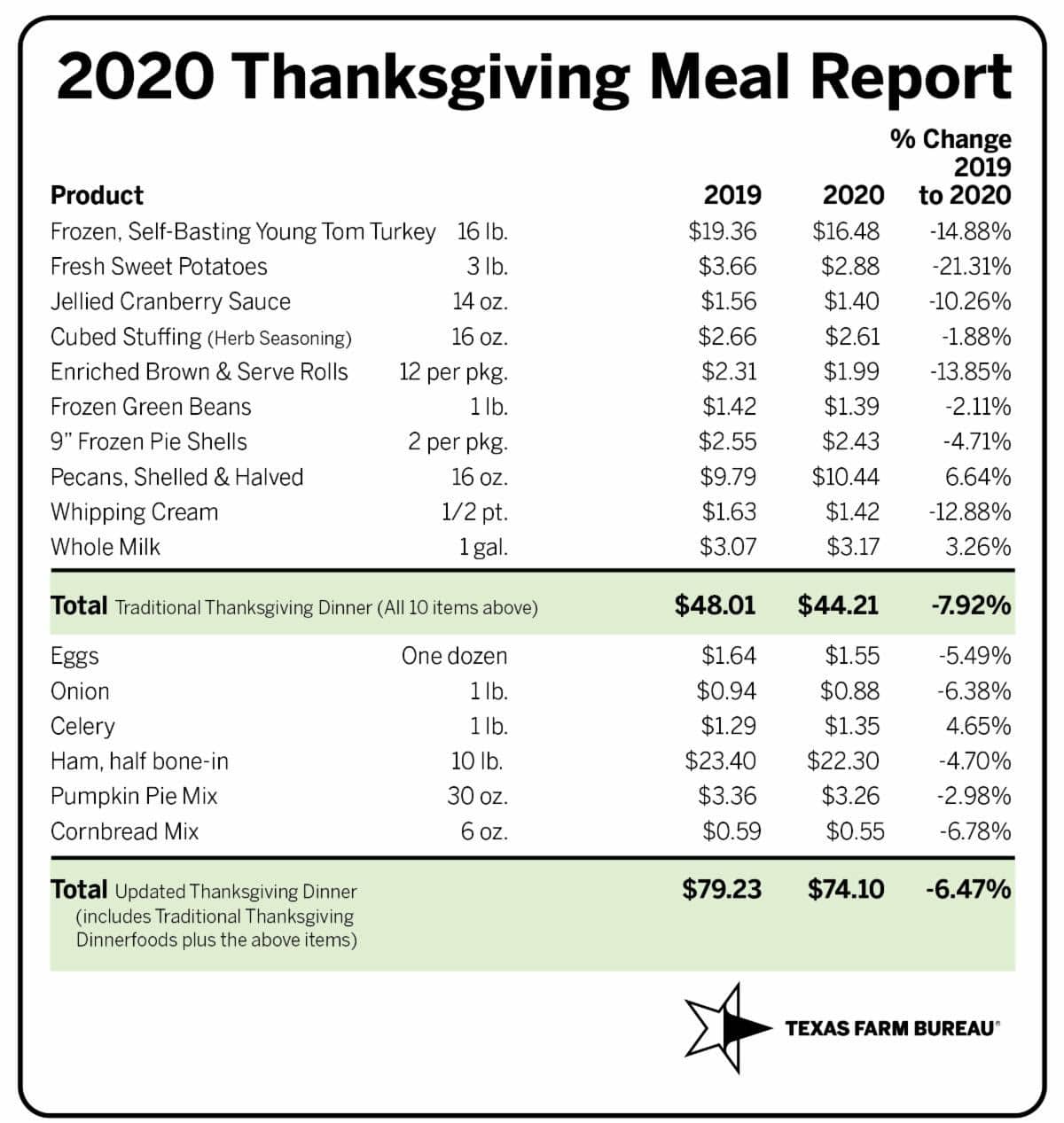