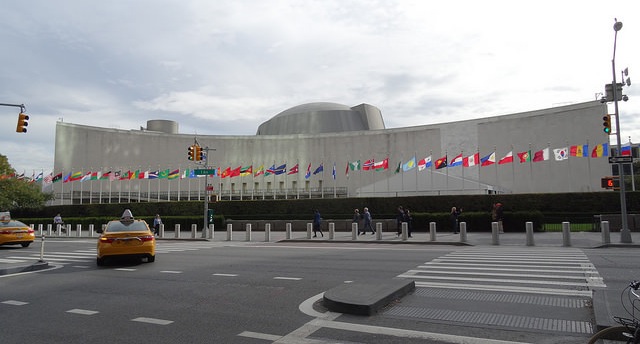 The Joint Expert Committee on Food Additives (JECFA) is a collection of international food safety experts from around the world that not only ensures the safety of food additives but also includes evaluating contaminants, naturally occurring toxicants and residues of veterinary drugs in food. (Steve Parker, Flickr/Creative Commons)

LUBBOCK, Texas — Bradley J. Johnson, the Gordon W. Davis Regent’s Chair in Meat Science and Muscle Biology in the Texas Tech University Department of Animal & Food Sciences, has been selected to a five-year term on a prestigious committee that evaluates the safety of food additives.

The Joint Expert Committee on Food Additives (JECFA) is a collection of international food safety experts from around the world that not only ensures the safety of food additives but also includes evaluating contaminants, naturally occurring toxicants and residues of veterinary drugs in food. The JECFA is administered by the Food and Agriculture Organization (FAO) of the United Nations and the World Health Organization (WHO).

“I am honored to have been selected to serve on this very prestigious international committee with renowned scientists from all over the world,” Johnson said. “The work of this committee aids in benefiting U.S.-based meat production as well.”

Johnson’s term will begin this year and run through 2021. The committee normally meets twice each year with attendees varying in expertise depending on the subjects being discussed at the meetings, then provides advice to both the FAO and WHO as well as member countries of both organizations.

“The actions of the JECFA set the groundwork for safe use of food additives and allows for the export of U.S. food products all over the world, adding to the U.S. being the leader in safe, wholesome food production,” Johnson said.

The JEFCA, which started in 1956, has evaluated more than 1,500 food additives, approximately 40 contaminants and naturally occurring toxicants and residue from approximately 90 veterinary drugs. The committee has developed guidelines for assessing the safety and risk assessment of chemicals in food as well as noting advancements in toxicology, microbiology, biotechnology, exposure assessment and food chemistry.

“This is a great opportunity and honor for Dr. Johnson,” said Animal & Food Sciences chair Michael Orth. “He has made significant contributions in his research efforts regarding the use of growth promoting technologies in livestock. I am confident he will be a valuable member of the committee over the next five years.”

Johnson brings more than 25 years of experience to the committee, working with veterinary drugs used for global meat-animal production. In particular, his research has assessed two classes of veterinary drugs approved for meat production – steroidal implants and β-adrenergic agonists. These compounds are widely used in the U.S. for aiding in the efficient production of safe, wholesome and sustainable meat production.

Johnson has deep ties to the U.S. beef-production industry as well as global production. The results of his research have defined the mechanism of various steroidal compounds on postnatal muscle growth and the metabolism of the parent compounds excreted from the animal.

His expertise has been sought worldwide in issues related to meat and muscle biology. He worked with the feedlot industry in Indonesia in 2010 to address the use of growth promotants in beef cattle production; he performed β-adrenergic agonist research in South Korea with the native Hanwoo cattle in 2011 and introduced that compound to the feedlot industry in Brazil in 2012. Since 2015, he has worked with Egyptian scientists to increase their knowledge of the mechanism of action and metabolism of veterinary drugs.

Johnson, who earned his master’s and doctorate degrees from the University of Minnesota and his bachelor’s degree from South Dakota State University, joined the College of Agricultural Sciences & Natural Resources in 2008. He is a member of the American Meat Science Association and the American Society of Animal Science.

“Dr. Johnson’s appointment to the JECFA is a testament to his expertise developed over 25 years of research working with veterinary drugs used in meat-animal production,” said Steve Fraze, interim dean of the College of Agricultural Sciences & Natural Resources. “Texas Tech and CASNR are fortunate to have an individual of Brad’s ability working for us.”