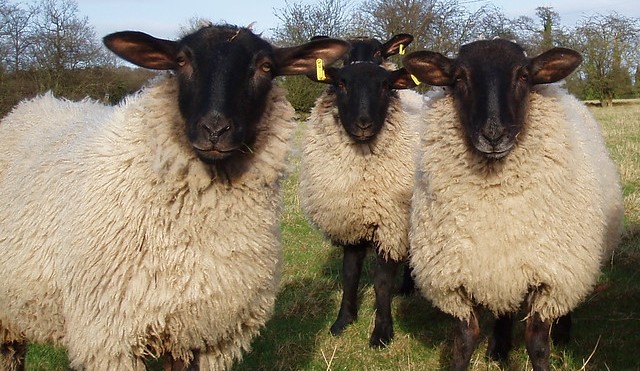 The sale is exclusively for sheep and goats that have been performance tested using the National Sheep Improvement Program. (Amanda Slater, Flickr/Creative Commons)

SAN ANGELO, Texas — A performance sheep and goat sale will be a part of the Texas Sheep and Goat Expo, put on by the Texas A&M AgriLife Extension Service.

The sale is exclusively for sheep and goats that have been performance tested using the National Sheep Improvement Program.

“It is a small-scale elite sale to showcase animals selected based on estimated breeding values and to demonstrate how both seedstock and commercial sheep breeders can benefit from this technology,” said Dr. Reid Redden, AgriLife Extension sheep and goat specialist, San Angelo. “We have sheep breeders from Texas, Kansas, Missouri and South Dakota that have consigned 20 breeding rams to our sale.”

“The Ram Test served its purpose but newer technology exists to better quantify genetic merit of sheep and goats,” said Redden. “The improvements in similar technology have been proven to be effective in other livestock species and sheep breeders in other countries.

“Technology, and the millions of data points the National Sheep Improvement Program now has, made this the technology that can best serve producers. We are committed to working with Texas seedstock breeders to help them incorporate this technology into their breeding programs.”

AgriLife Extension has been assisting breeders in transitioning to use the National Sheep Improvement Program to generate estimated breeding values, or EBVs, from performance data they collect from animals on their ranch. EBVs are science-based and industry-tested measurements of heritable traits that can be tracked and measured.

“This allows for more reliable prediction on previously unreported traits, such as reproductive rate and parasite resistance traits, in addition to predicting growth rate and fleece production, which were the main traits measured on the central performance test,” Redden said. “The National Sheep Improvement Program has been in existence since the late 1980s; however, wide-scale adoption of this technology has not occurred until the last decade.”

For more information on the sale and expo, visithttps://agrilife.org/agrilifesheepandgoat/.