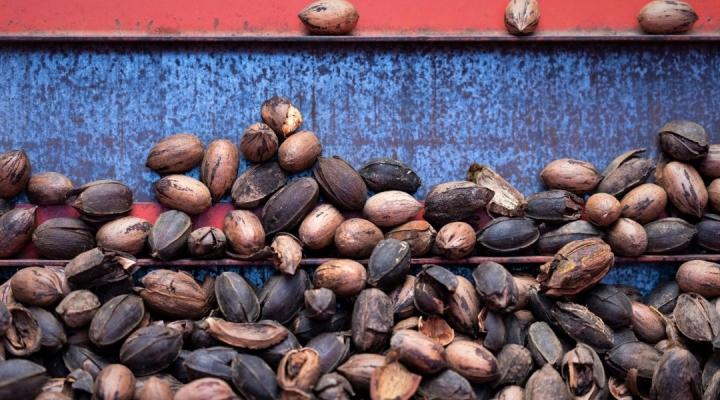 COLLEGE STATION, Texas — Texas pecan orchards were expected to produce a mixed bag of results amid good prices and strong demand, according to a Texas A&M AgriLife Extension Service expert.

Larry Stein, Ph.D., AgriLife Extension horticulturist, Uvalde, said the drought and heat likely impacted some orchards, and 2022 was expected to be a below-average year also because last year’s crop was heavy.

Stein said harvest for early varieties like Pawnee will begin this week, but most of the other later varieties will be harvested in October. Pecan orchards in the Far West were showing good crop loads while trees in Central Texas were expected to provide below-average yields.

“The crop looks good, but it is hit and miss this year,” Stein said. “If you want pecans, I would suggest finding them early to make sure you get some.”

Drought will likely mean smaller pecan size, but Stein said that is not necessarily a bad thing because kernels fill out easier. He said the widespread rainfall should help most pecans, but moisture in the form of rainfall or irrigation will be needed to help kernels fill over the next few weeks.

Most commercial producers have irrigation, which is an important factor for producing retail-quality pecans. The moisture will help trees finish the crop, but it will also keep the tree healthy and help it store food for next year’s pecan crop. Stein recommends 2 inches of water at and beyond the drip line per week through harvest.

“Drought was stressful on the trees, but the producers who were able to keep up on irrigation should be fine,” he said. “They’ll continue to irrigate to finish the crop.”

Blair Krebs, Texas Pecan Growers Association executive director, said the pecan crop suffered through the extreme heat and drought, but producers with a decent crop should do well this season.

Very early retail quality Pawnee pecans were selling between $2.40 to $2.75 per pound in the shell, she said. Prices in recent years have been between $2 to $3 per pound for in-shell pecans and around $4 for shelled pecans.

Krebs said domestic demand for pecans was stronger this year, and export demand from other countries, including Mexico, South Africa and South American nations, has filled the gap the trade war with China created for U.S. pecan growers.

Trees in commercial orchards have been relatively clean of pests all year due to the dry conditions. But one pest – yellow aphids – are making their presence known, especially in homeowner trees, Stein said.

Stein said he has seen reports and received calls about yellow aphids more than usual this year. Yellow aphids are to blame for the sappy excretion homeowners may have noticed if they park under pecan trees. Yellow aphids feed on leaves and expel the liquid. Infestations do not typically harm trees, and aphid populations usually crash without treatment.

The emergence of yellow aphids is later than usual this year, likely due to extended drought, but their numbers appear to be heavier than normal across the state, he said.

“They’re cyclical and will go away but seem to have come out of the woodwork after the last few weeks of rain,” he said. “We typically tell people to leave them alone because we think the damage to trees is minimal and sprays can actually make things worse.” 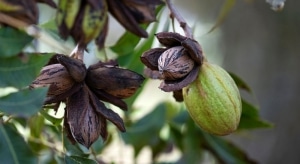 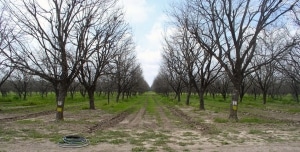 Getting neglected pecan orchards back into production

GAINESVILLE, Fla. — One common question I have received over the years is, “I have these pecan trees and I want to get them back into production, what should I do?” According to Dr. Pete Anderson, UF/IFAS Emeritus Horticulture Specialist, most of Florida’s pecan trees are in orchards that have been either abandoned or neglected. […]