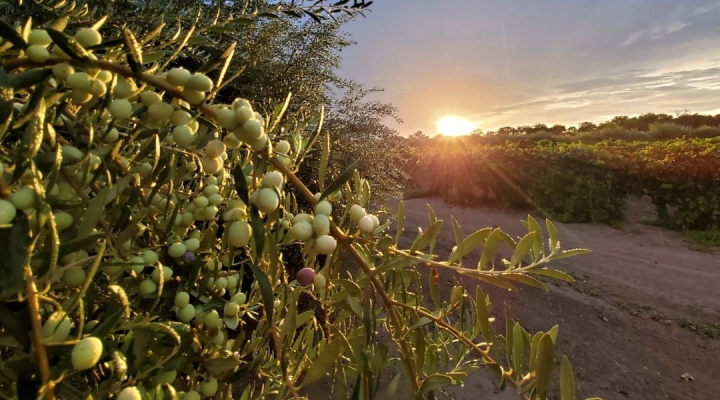 Like in 2021, the 2022 olive fruit crop is expected to be a near-total failure, said Stephen Janak, AgriLife Extension program specialist, Hallettsville.

Janak said Texas olive orchard acres are difficult to track, but the last survey by the U.S. Department of Agriculture reported around 1,200 acres in 2017. Due to the consistent annual growth since, he estimates Texas olive production to be around 3,000 acres.

“The last census makes olives the fifth largest fruit crop in the state,” he said. “Growers were planting more acres even after the winter storm because olives have great potential in parts of Texas.”

Janak estimates Texas has moved into second place for olive acreage in the U.S. behind California. The USDA reported California had around 12,800 acres in 2021 with a yield of 55,000 tons last season.

Janak said olive trees are very resilient to the various stresses Texas climates present, but harvesting consistent yields can be difficult because olives fruit on year-old growth. Every tree in trials held north of U.S. Route 90 died back to the ground during Winter Storm Uri as temperatures dipped to highs of 12 degrees with sub-zero temperatures recorded. Around 50% of those trees showed new growth, but many died later due to summer stresses.

“There is no question the area with the greatest potential for olive production are areas southwest of San Antonio,” he said. “But there are also microclimates that have been identified, including coastal areas that have shown great promise. We’ve just found that areas southwest of San Antonio report the most consistent crops and orchards north of Highway 90 tend to experience more freeze damage.”

Olives were first planted in Texas around 1995 and were becoming an increasingly successful niche crop for hobbyists and Texas olive oil producers between 2015 and 2020.

Some Texas olives may be held back for pickling, but 100% of commercial acres are grown for olive oil production, Janak said. Most olive acres are planted in the Arbequina variety, which produce small fruit that provide little flesh but have very high oil concentrations.

Some of the problems with this year’s failure were likely related to poor diagnosis and rehabilitation trees following freeze damage during Winter Storm Uri, Janak said. There was also a concern about too few chill hours this season as temperatures remained mild until January. But Janak suspects the combination of up and down temperatures and drought stressed trees beyond their capacity to flower and bear fruit.

AgriLife Research and AgriLife Extension are providing guidance where science-backed recommendations exist, but much of the knowledge is gained through trial and error, he said.

“It has been an incredibly demoralizing past two seasons after seeing good progress year after year,” he said. “It’s been hard, but everyone is hoping for a great season next year.”

TSRCA and PACO Feedyard teamed up to inspect thousands of cattle