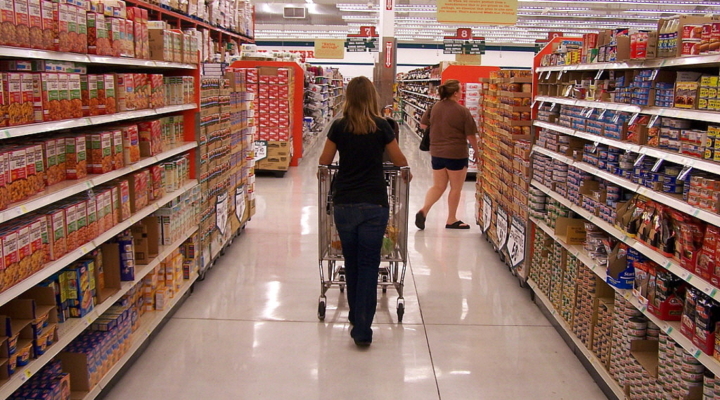 The TFB Grocery Price Watch is conducted quarterly by shoppers located across the state of Texas. (Daniel Orth, Flickr/Creative Commons)

WACO, Texas — Retail food prices showed a slight increase during the third quarter, with a basket of 16 staple items at the grocery store totaling $46.75, according to the latest Texas Farm Bureau (TFB) Grocery Price Watch survey.

Third quarter prices rang in at 73 cents higher than last quarter and 97 cents more compared to this time last year.

Although it’s an increase from quarter-to-quarter, the cost of groceries in Texas is still relatively economical.

“When we think about a price increase, we usually think we’re going to see a big jump. That’s not what happened this quarter,” TFB President Russell Boening said. “An increase is still an increase, but it’s less than 2 percent from last quarter.”

Several items at the meat counter saw an increase.

Beef demand was high during the summer grilling months, and consumers proved to be willing to pay more for a quality steak.

“These prices reflect increased turkey production for the summer, when the number of turkeys grew and feed costs were lower,” Boening said.

Fresh produce was a mixed bag in the third quarter.

“The slight increase for most fresh produce is the end of the production season,” Boening said. “But Hurricane Irma will likely have an effect on our citrus prices, because citrus trees in Florida were either blown away or are standing in several feet of water.”

The full impact of Hurricane Harvey on Texas agriculture is still unclear, but Boening noted the most heavily affected crop was cotton.

“When we think of cotton, we think about fiber and our clothes,” Boening said. “But cottonseed oil is a byproduct that we also use. Hurricane Harvey was devastating to Texas, but so far, we haven’t seen any major price increases as a result.”

Vanilla ice cream dropped to $6.32 per half gallon, and corn flakes rang in at the same price—$3.28.

“Food prices are a balance,” Boening said. “We want healthy, nutritious food at an affordable price. But behind each grocery store aisle are the farm and ranch families who grow those products, and they only see a fraction of the prices consumers pay.” 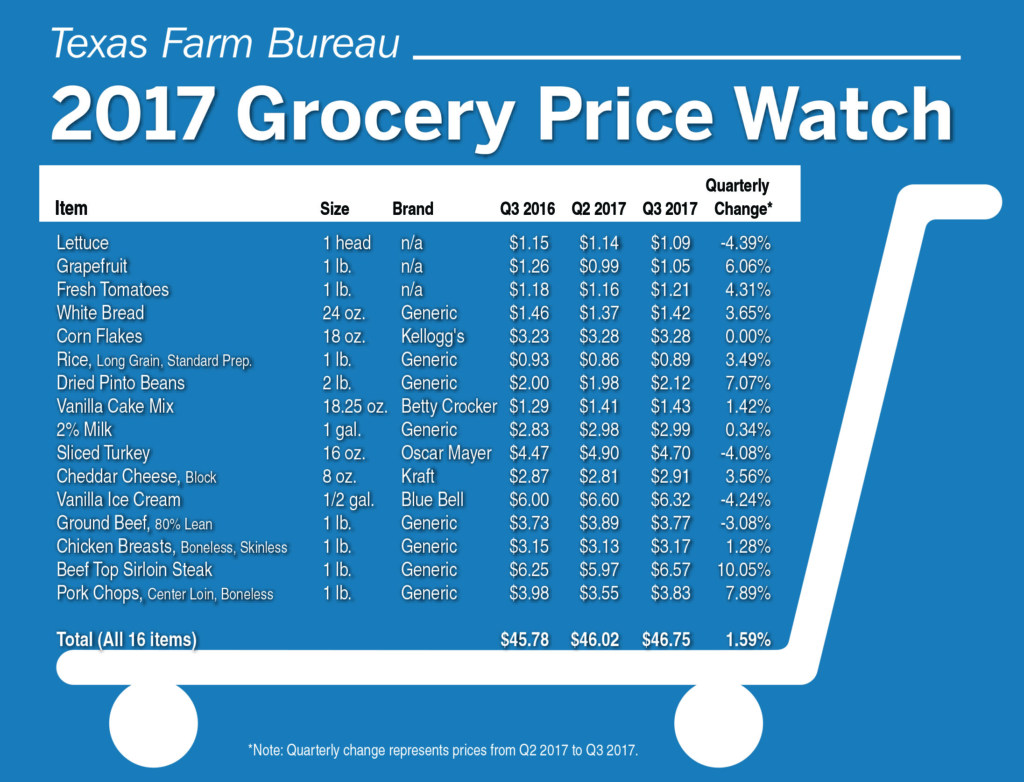