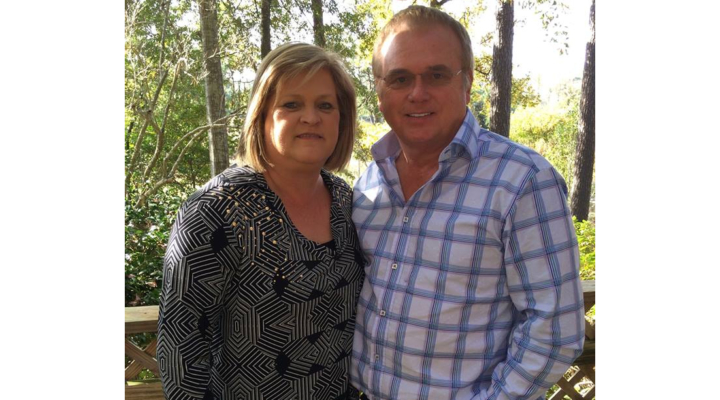 The Baileys were still fairly new to the Angus business, but had already started making a difference through their support for the Angus Foundation’s youth, education and research efforts.

The Baileys founded High Roller Angus with operating partner James Butler. Terry always told his children, Dustin Bailey and Carmen Mackey, that he wanted to leave a legacy asset for them and his grandchildren. The Angus business provided potential for unlimited growth. Terry and Butler invested millions in Angus cattle while acquiring thousands of acres in East Texas with goals to grow one of the largest and most genetically elite Angus herds in the U.S.

Butler and the Bailey families will continue Terry and Pam’s legacy of building for the future through their progressive High Roller Angus herd.

At the 2017 NJAS awards ceremony, the Baileys were posthumously honored along with fellow 2017 inductees Paul and Lynn Hill, Champion Hill Angus, Bidwell, Ohio.

In 1985, the NJAA Board of Directors established the Honorary Angus Foundation to recognize and thank those who have shown incredible support of Angus youth. Seven Angus breeders were honored as the first inductees, and each year, the NJAA honors up to three individuals.

Any member of the American Angus Association is eligible to nominate individuals or organizations for the Honorary Angus Foundation. A complete list of members can be found online.

Established as a 501(c)(3) organization in 1980, the Angus Foundation remains focused on its mission to support Angus education, youth and research. The organization has presented more than $2.4 million in youth scholarships since 1998, and has also invested more than $1 million in beef cattle research throughout the past decade.

For more information, contact the Angus Foundation at 816-383-5100 or visit www.angusfoundation.org.