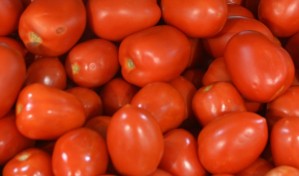 Tomato prices could increase as much as 40% to 80% this year if the U.S. Department of Commerce withdraws from the Tomato Suspension Agreement by May 7. (Texas A&M AgriLife photo)

SAN ANTONIO, Texas — Tomato prices could increase as much as 40% to 80% this year if the U.S. Department of Commerce withdraws from the Tomato Suspension Agreement by May 7. This will affect Texas consumers and the produce industry significantly, according to experts.

Industry leaders were updated on the implications at the Texas International Produce Association Viva Fresh Show in San Antonio. The agreement sets a price minimum, or price floor, for imports and provides other protective trade measures.

“About 41 percent are shipped through Pharr and another 11 percent through Laredo,” he said. “This could impact the 8,000 jobs here in Texas that support fresh produce imports from Mexico. This would include everything from packers, brokers, transportation, anything and everything that supports this important industry that gets tomatoes from market to the retailer.”

“This makes no sense,” said Lance Jungmeyer, president of the Fresh Produce Association of the Americas, based in Nogales, Ariz., in a statement. “Most Americans crave certain kinds of vine-ripened tomatoes, and now they are going to have to pay more, significantly more.”

A study conducted by economists at Arizona State University finds that during other periods, such as winter, prices for certain varieties like vine-ripened tomatoes, tomatoes on the vine and Romas could rise more than 85%, according to an analysis, which relies on data from AC Nielsen.

Ribera said U.S. consumers spend 6.3% of their annual income on food. That could rise if tomato prices escalate. Consumers might also have to “pay up” for other varieties of tomatoes to have a fresh product available on the dinner table.

Beefsteak and Roma tomatoes are consistent favorites among Texas consumers. If there is a shortage, consumers will be seeking alternatives, such as homegrown tomatoes where available.