Home / Texas / Texas citrus continues comeback from winter storm
A new user experience is coming! We'll be asking you to login to your Morning Ag Clips account March 1st to access these new features.
We can't wait to share them with you! Read more here. 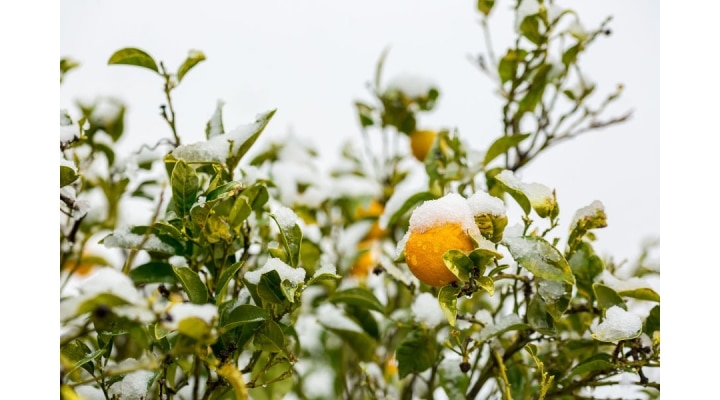 COLLEGE STATION, Texas — Texas citrus growers took a beating during Winter Storm Uri in February, but according to a Texas A&M AgriLife Extension Service expert, there are signs of life in South Texas.

An AgriLife Extension study estimated the severe freeze caused $230 million in damage to Texas’ citrus industry. Around 80% of the orange crop and almost 70% of the grapefruit crop maturing in 2020 was harvested by the time the storm arrived, but citrus tree damages were extensive and caused a massive loss of 2021 blooms and subsequent fruit potential.

Producers have been rehabilitating mature survivor trees, those 5-20 years old, since the freeze by cutting back and removing all dead woody material. Trees were typically pruned by hand and/or topped and hedged by machine.

Removing dead wood reduces the risk of melanose infestations, which can cause severe damage for commercial citrus crops, Anciso said. Melanose is a fungal disease that can spread throughout the tree from young or dead twigs, and that is especially common following freezes and fueled by any subsequent humid conditions.

“Trees that made it are looking good and showing very good canopy,” he said. “But I am surprised there is any fruit this year given the timing of the severe freeze. Citrus trees bloom from February through early March, and I expected zero production because trees are so vulnerable at that time. But there is some fruit out there.”

Anciso said one of the region’s three large packing plants reported it was in the middle of harvest and shipping quality citrus to retail grocers. But another of the operations shut down in the wake of Winter Storm Uri.

There are also salvageable grapefruit and oranges being sold by roadside peddlers in the region, but Anciso said he does not know what percentage of marketable citrus is being shipped to other parts of the state compared to a typical year.

Poor fruit sets caused other management issues as well, Anciso said. Producers were not inclined to treat trees for pests like rust mites due to a lack of fruiting potential, and infestations were rampant.

Many orchards were bulldozed, he said. Some producers were able to salvage young tree root stock and regraft fruit production varieties to them, but piles of dead trees on once active orchards are evidence of the storm’s damage.

“Trees that were too young or too old did not fare well,” he said. “If producers had older trees that were in decline before the storm or very young trees, they were likely bulldozed, and it’s still up in the air as to whether those acres will return to production in many cases.”

Citrus orchards look to bounce back

Most crops and orchards were insured, and there is hope that Texas citrus will return to pre-storm levels, but it remains uncertain.

Anciso said producers were hesitant to make major investments into their orchards following the freeze even after they saw new growth on trees. Input costs, including fertilizer, fuel and pesticide and fungicides, were all up significantly, and availability was limited in some cases. Young citrus trees were also in short supply, which was a problem for growers hoping to reestablish their orchards and have fruit in three to five years.

“I think production next year will be back to normal as far as per-acre production because most trees that made it are looking really good,” he said. “But it will be a while before we know how it all shakes out for the industry here.”

Time to cut back