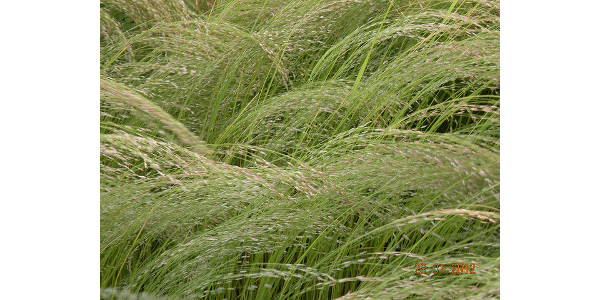 With all of the concern about forage during dry weather, many local land owners have been asking about the viability of teff in southwest Missouri. (International Potash Institute Switzerland via Flickr)

GALENA, Mo. — With all of the concern about forage during dry weather, many local land owners have been asking about the viability of teff in southwest Missouri.

According to Tim Schnakenberg, agronomy field specialist with University of Missouri Extension, livestock producers often need a summer forage alternative that will fill the gap during the hot summer months.

Teff (a warm season annual forage) has been around our area for about ten years with only limited use. It has been used for commercial hay sales. Schnakenberg has grown it twice himself.

Known as a Summer Lovegrass (Eragrostic tef), teff originates in Ethiopia where it has been grown as a grain crop. Recent research in Oregon, South Dakota and Kentucky has shown that it can be a viable option for American farmers as a forage crop.

“Teff will not compete with sudan or millet for tonnage produced but has potential to be a higher quality forage. Some have compared its quality to timothy, making it a forage that can be appealing to horse owners,” said Schnakenberg.

In 2009, the University of Kentucky evaluated nine varieties of teff at two locations. Yields in Lexington averaged 1.6 tons per acre and 3.1 tons in Princeton. From these trials, the yield potential may not be high, though Oregon yields have ranged between 4 and 6 tons per acre.

The University of Missouri conducted a study in 1991 at the Southwest Research Center in Mt. Vernon on Dessie Lovegrass (which is the same thing as teff). In that test, teff made 2.5 tons per acre, and the steers gained 1.8 pounds per day on it.

“Its use may be more suited for hay or silage production over grazing,” said Schnakenberg. “I have observed that it’s shallow root system does not lend itself well to grazing. Cattle tend to pull it out of the ground on the first grazing in some cases. Probably best for hay.”

Teff is not tolerant of frost so it will only last one growing season.

“You can get at least two cuttings, maybe three. It responds well to nitrogen fertilizer and can make very fine, quality forage for hay. We have also had some difficulty getting stands with it. Seems to do best with some light tillage at establishment.”

“This forage needs further testing before it is adopted on a large scale. However it has potential to give producers another tool for a summer annual forage crop that has some appealing traits over sudangrass and millet,” said Schnakenberg.

For more information, contact any of these MU Extension agronomy specialists in southwest Missouri: Tim Schnakenberg in Stone County, (417) 357-6812.

An open letter to the Mo. agriculture community
May 28, 2020

Mich. hay supplies and prices for the spring season
April 9, 2020