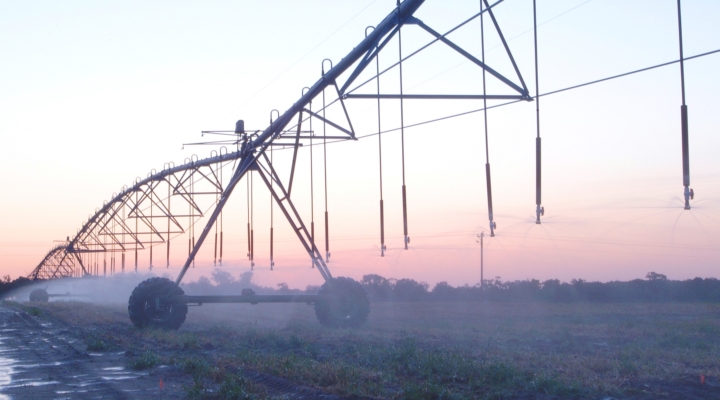 GAINESVILLE, Fla. — By testing new technology, University of Florida scientists will work with growers to encourage their use of alternatives to fresh water by using new smart irrigation systems.

This way, growers can lower their risk of transferring pathogens from water to crops, said Eric McLamore, an associate professor of agricultural and biological engineering at the UF Institute of Food and Agricultural Sciences.

Farmers also can use the technology to use less fresh water to grow their crops. In addition, they can meet the Food Safety and Modernization Act requirement of testing water quality within eight hours of sampling, McLamore said.

McLamore will lead the Center for Excellence, made up of scientists from five institutions, including UF/IFAS. The universities are using a new, $5 million, five-year U.S. Department of Agriculture grant as part of the water for food program. Support from the grant will allow researchers from the universities to develop a new technology called SmartPath.

With SmartPath, growers can ask themselves if they want to mix, say, brackish water with fresh water.

“Each grower is different,” McLamore said. “Rather than creating a one-size-fits-all technology, SmartPath develops a library where growers can survey the technology for their particular situation to see if they want to switch to alternative irrigation water sources. But it’s an informed decision.”

In the second phase of the project, scientists will link treatment and sensing systems to measure physical, chemical and biological criteria including temperature, pH, salinity, dissolved oxygen, nitrate and phosphate as well as bad bacteria, McLamore said.

To ensure broad applicability, researchers will focus on four key regions of the U.S., with varying drought conditions — Florida, Texas, Iowa and Maryland. They also will zero in on three types of alternative water sources — treated domestic wastewater, brackish groundwater and surface water that does not meet regulatory requirements, McLamore said.

“Through laboratory testing in our one-of-a-kind test-bed facility at UF/IFAS, and field case studies in all regions, SmartPath will develop and validate smart water-treatment systems, coupled with sensors for a variety of scenarios,” he said.

“This Center of Excellence will increase the use of alternative water for irrigation of fresh produce, thereby decreasing freshwater withdrawals and closing basin water gaps,” McLamore said.

SmartPath will train a transdisciplinary cohort of 12 graduate students and 20 undergraduate students, and researchers will interact with more than 1,000 students per year through various formal and informal teaching activities.

“We anticipate reaching at least 1,000 stakeholders through integrated Extension, research and education efforts that include hands on workshops and online learning modules in 2D and 3D,” McLamore said.