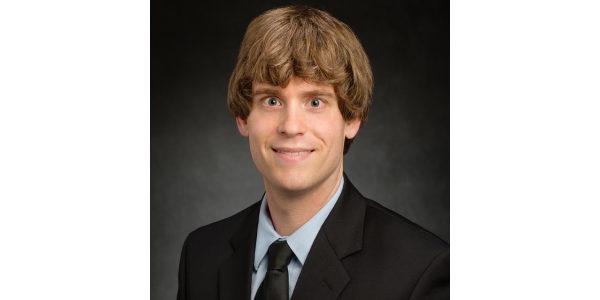 URBANA, Ill. — Growers and packers may use a handful of different plans when they sample their produce fields before harvest. But which plan has the highest potential for detecting foodborne pathogens, should they be present, and reducing the overall contamination risk? That is the question that Matthew Stasiewicz, Ph.D., at the University of Illinois at Urbana-Champaign, and his team ultimately hope to answer.

At the heart of their project, “Simulation analysis of in-field produce sampling for risk-based sampling plan development,” is the development of a computerized risk-based model that will provide customized sampling plans based on several variables, such as field size, commodity, and presence or absence of known risk factors. It also will quantify the power and costs of each new sampling program.

“Our goal is to ultimately help growers do a better job of in-field testing for foodborne pathogens, so the growers can continue to improve on the safety of their produce,” Stasiewicz said. “Risk-based sampling is something we know the industry is trying to move toward. If we know there are locations in the field that are at higher risk of contamination than others, we take a higher number of samples in those locations to detect potential contamination of the field.

“We’re building what hopefully is an easy-to-use interface so growers or other interested parties can evaluate whatever sampling program they want to apply.”

Many programs typically involve collecting 60 samples from a field, combining them in a container and creating what’s known as an n60 composite. But the exact location from where the samples are collected varies, depending on the program. In a generic program, for example, a person may walk straight and collect samples every 100 yards. Another plan may involve a person walking a “Z” pattern as they collect samples. But those sampling plans don’t necessarily focus on areas of the field that have a higher risk of contamination, such as under power lines where birds may sit, close to open water sources or near signs of obvious animal intrusions, Stasiewicz said.

Martin Wiedmann, Ph.D., from Cornell University and co-principal investigator, will offer his expertise determining in-field pathogen risks as well as experimental tools for collecting data from experimental fields. He led previous CPS-funded projects, including “Remotely-sensed and field-collected hydrological, landscape and weather data can predict the quality of surface water used for produce production” and “Validation of geospatial algorithms to predict the prevalence and persistence of pathogens in produce fields to improve GAPs.”

In addition, Stasiewicz and his group are working with an industry partner that has a large amount of data from its own sampling programs. “One of the things we’re trying to do is use real produce industry data to review the structure of our model to ensure it gives valid results,” he said. “As we build our model, we will use results from our industry partner’s operations. Once we know where their n60 samplings were taken, we will compare their positive and negative samples to our computer simulations of similar fields. This comparison will help us ensure we are simulating fields that represent real practices. It’s really important that we interact with the produce industry to keep getting that continual reality check.”

The researchers will create a simulation model with fields representative of the California Central Valley, Yuma, the Delmarva Peninsula and Upstate New York. For each field, they will simulate one of three types of contamination: point source such as animal fecal deposits; systemic sources such as contaminated irrigation water; or sporadic contamination such as that caused by low-level endemic soil bacteria.

They will then use computer simulation to conduct one of three different sampling plans – convenience, improved generic or risk-based that targets field-specific high-risk locations. The researchers plan to validate the computer field simulations by infecting a Cornell University spinach field with an indicator organism at known rates. They will collect 450 samples from throughout the field and compare what they found in the field to multiple sampling plans developed by the computer model.

Project abstract may be found on the Center for Produce Safety website:
Simulation analysis of in-field produce sampling for risk-based sampling plan development

CPS Minute Video with Dr. Stasiewicz can be viewed on the CPS YouTube Channel or the CPS Videos page.
Learn more about this project and other CPS funded research by visiting our Funded Research Projects page on the CPS website.