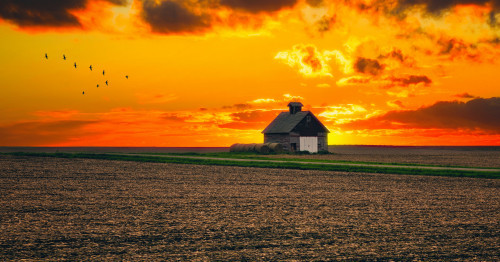 Taxes, on average, are going down for owners of farmland across Ohio and are expected to decline at an even faster rate beginning in 2020, a study by researchers with The Ohio State University shows. (Getty Images)

COLUMBUS, Ohio — Taxes, on average, are going down for owners of farmland across Ohio and are expected to decline at an even faster rate beginning in 2020, a study by researchers with The Ohio State University shows.

The average value of agricultural land across the state has dropped by a third since a recent change in how the state calculates taxes for farmland owners, according to a study by Robert Dinterman and Ani Katchova, two agricultural economists with the College of Food, Agricultural, and Environmental Sciences (CFAES).

Starting in 2020, farmland values in the state likely will drop by another one-third, said Dinterman, a postdoctoral researcher with CFAES. With values going down, owners of agricultural land in the state should see similar declines in their taxes.

“Farmers, I would think, would be pretty pleased to see their taxes going down,” Dinterman said.

2017 was the first year some owners of agricultural land in Ohio saw a break in taxes. Taxes on agricultural land are based on the state’s assessment of the value of the land, which is done every three years at different times across the state. Ohio farmland is valued not based on what it would sell for on the open market, but on the income it is expected to generate from growing crops on that land.

The Ohio legislature in 2017 approved changing the law on how agricultural land would be valued for tax purposes.

In 2016, before the change was in place, the average value of agricultural land in the state was $1,310 per acre, according to the results of the study by Dinterman and Katchova. This year, the value decreased to $875 per acre.

Agricultural land values and the corresponding taxes paid on that land will continue to decline at an even faster rate, Dinterman said. Steeper decreases in taxes will be seen, on average, because the changes to the way the farmland is assessed have been phased in between 2017 and 2019. Small changes were made each year to avoid a sudden and dramatic drop in tax revenue, Dinterman said.

But in 2020, the phase-in will end. That’s why during that year, Ohio farmland owners should see another one-third drop in the assessed value of their land, compared to the previous year, and similar declines in their taxes, Dinterman said.

The decrease in revenues funneling into the state from agricultural land could mean an increase in taxes on homes and farm buildings in some counties, particularly rural counties, Dinterman said.

“Counties with a lot of farmland may have to make adjustments in their tax rates to make up the difference,” he said.

The value of farmland in Ohio is determined based on a number of factors including the yields and crop income that land generates. The declines are due in part to drops in the price of corn and soybeans, the two major crops grown in Ohio.

“I think farmers would almost certainly trade having a higher tax bill for higher revenues right now,” said Katchova, associate professor and chair of the farm income enhancement program in the Department of Agricultural, Environmental, and Development Economics in CFAES.

When taxes go up on farmland, owners of that land pass on part of that burden by raising the rent for tenants using that farmland, Katchova said. For every dollar of property taxes a landowner pays, 30 to 40 cents of that are passed to the tenant in the form of higher rent, she said, citing the results of a different recent study that she and Dinterman did.

Even though taxes on agricultural land are going down, that likely won’t trigger a decline in rates on renting that land, Katchova said.

“Rent doesn’t usually go down nearly as much as it goes up,” she said.