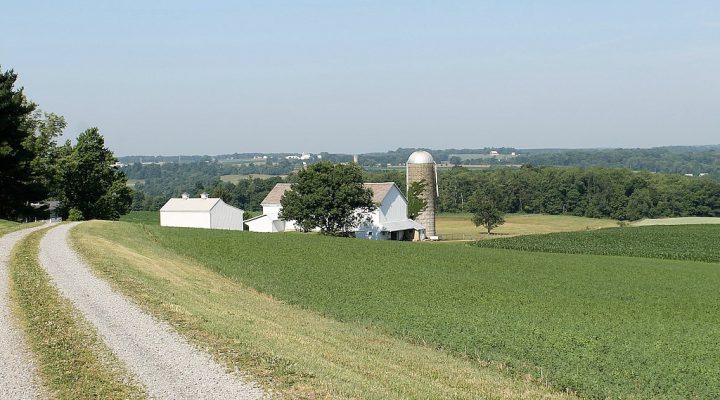 Projected declines in CAUV values should mean lower property taxes, and keeping a larger share of their revenues, for many Ohio farmers.

COLUMBUS, Ohio — There’s a bit of good news for Ohio farmers to counter the bad news caused by COVID-19, as well as by last year’s historic rain.

In counties scheduled for property value updates in 2020 — about half of Ohio’s 88 counties — the average value of farmland enrolled in the Current Agricultural Use Value (CAUV) program should be about 40% lower than 2017–2019, or about $665 per acre.

That’s according to projections by researchers at The Ohio State University College of Food, Agricultural, and Environmental Sciences (CFAES).

The same projections say that in counties due for property value updates in 2021 — another quarter of Ohio’s counties — average CAUV values should be about 25% less than 2018–2020, or about $760 per acre.

The declines should mean lower property taxes, on average, for most of the farmers in those counties.

The projections were published in a May report by postdoctoral researcher Robert Dinterman and Ani Katchova, associate professor and farm income enhancement chair, both of CFAES’ Department of Agricultural, Environmental, and Development Economics.

“Less money paid in property tax will help reduce farmers’ costs and allow them to keep a greater share of the revenues they bring in,” Dinterman said.

But he noted that CAUV values are “not exactly equal to the property tax someone will pay.” A farm’s total property tax bill, he said, also depends on how many taxing jurisdictions the land is subject to and the tax rate, or millage rate, within those jurisdictions.

There could “certainly be a few cases where an agricultural landowner sees a large reduction in their CAUV value but has a corresponding increase in their millage rate and ends up paying the same in property taxes,” Dinterman said.

Ohio counties update their property values, including their CAUV values, every three years on a rotating basis, with about a third of the counties seeing updates every year. The new values then apply for the next three years.

The state’s CAUV program allows farmland to be taxed based on its agricultural value instead of its full market value. Enrollment in the program, which is voluntary, “normally results in a substantially lower tax bill for working farmers,” an Ohio Department of Taxation website says.

A county’s CAUV values are based, roughly, on a formula using net farm income data from over the past five to seven years. More specifically, the data comes from a hypothetical farm producing soybeans, corn, and wheat during that period.

Farmers had a boom in net income from about 2010-2014, which was partly a major cause of rising CAUV values in the past, he said.

“So now that we have been in a prolonged period of what people might consider low farm incomes, those values start to enter the CAUV formula and in turn lower their values,” Dinterman said.

“Clearly a farmer does not want to have low income, but a bit of good news that comes with that is that at least their tax bills will be a bit lower,” he said.

Dinterman and Katchova’s report also states that based on early projections, the quarter of Ohio counties scheduled for CAUV updates in 2022 will see only a small decrease in their values, about 1%, to $880 per acre.

That ties in with the researchers’ expectation that the CAUV declines won’t continue.

“We should give a bit of a warning to farmers that the recent trend we’ve seen in reduced CAUV values has plateaued,” Dinterman said.

The reason: a major legislative change to the CAUV formula — related to how capitalization rates are calculated — was started in 2017. The change was phased in, and 2020 marks the end of the phase-in.

Read the report at go.osu.edu/may2020cauv.